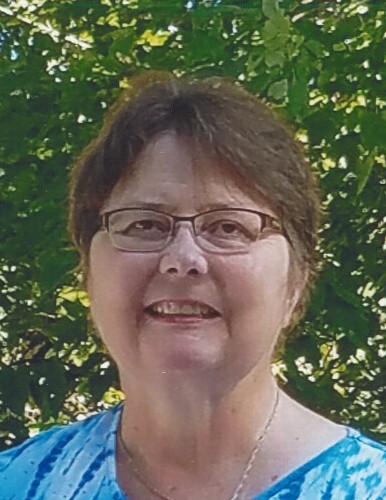 A Celebration of Life service will be held at a later date.  Arrangements are with Peterson Brothers Funeral Home in Willmar.   www.petersonbrothers.com

Vicky Lynn True was born on February 29, 1960, in Bridgeport, Nebraska, the daughter of Dale and Emma (Kurlin) Abel.  She grew up and received her education in Broadwater, Nebraska and attended college at Ridgewater College and St. Cloud State College, earning a BS degree in psychology.  On June 26, 1993, Vicky was united in marriage to Chyde Otis True.  They made their home in Willmar and in 2003, moved to New London.  She was employed as a counselor at the Prairie Lakes Youth Program for over 18 years.    Her hobbies included quilting, reading, cooking and gardening.  She loved her cats and spoiling her grandkids.

She is survived by her loving husband, Chyde of New London; three children, Robert (and Mary Joy) Bauer of Tooele, Utah, Andrew Olson of Washington, D.C., and Angela Olson of Dilworth; two grandsons, John Bauer and Zach DeWitt.  Also surviving are three siblings, Linda Loike of Gering, Nebraska, David (and Cheri) Abel of Onaga, Kansas and Dan (and Terri) Abel of Bridgeport, Nebraska and one sister-in-law, Shirley Marshall of Harris, besides other relatives and friends.

She was preceded in death by her parents and one brother, William Abel.

To order memorial trees or send flowers to the family in memory of Vicky True, please visit our flower store.