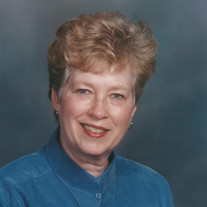 
Funeral services will be held at 11:00 a.m. on Monday, Oct. 10, at the Word of Faith Family Church in Willmar. Interment will be at Ebenezer Lutheran Cemetery in Kandiyohi. Visitation will be one hour prior to the service at the church on Monday. Arrangements are with Peterson Brothers Funeral Home in Willmar. www.petersonbrothers.com


Sharon Ann Bandt was born on March 26, 1939, in Marshfield, Wisconsin, the daughter of Paul and Martha (Habermeyer) Fleischman. She grew up in Medford, Wisconsin and graduated from Medford High School in 1957. Sharon then attended beauty school in Milwaukee and returned to Marshfield to work as a beautician. On April 23, 1960, in Medford, Sharon was united in marriage to Ronald Jerald Bandt and they made their home in Marshfield. She later earned her Electrician's Certification and became employed as an Electrician for Rollohome Inc. In 1971, they moved to Montevideo, Minnesota and Sharon began employment at Moduline and Regal mobile home manufacturers. In 1980, they moved to Willmar and in 1984 they moved to Atwater. Sharon was employed at Somody Supply in Willmar and later at Hutchinson Technologies Inc., retiring in 2009. She was a faithful member of the Word of Faith Family Church in Willmar. Sharon's hobbies included reading, politics and attending bible study. She cherished times spent with her family and was a special friend to many. Blessed be her memory!


She is survived by her children, Catherine Mooney of Atwater, Pamela (and John) Groothuis of Watson and Steve Bandt of Atwater; grandchildren, Christopher, Jordan and McKenzie; and great grandchildren, Jackson, Jovee, Cayson and little brother Mooney. Also surviving is one brother, Layne Fleischman of Wisconsin; and six sisters, Linda Metz, Maris (and Jim) Tlusty, Lois Fleischman, Nancy (and Jeff) Weinkauf, Terese (and James) Poehnelt and Rita Fleischman, all of Wisconsin, besides other relatives and friends.


She was preceded in death by her parents; her husband, Ronald in 2004, and one brother, Terrance in infancy.

To order memorial trees or send flowers to the family in memory of Sharon Bandt, please visit our flower store.