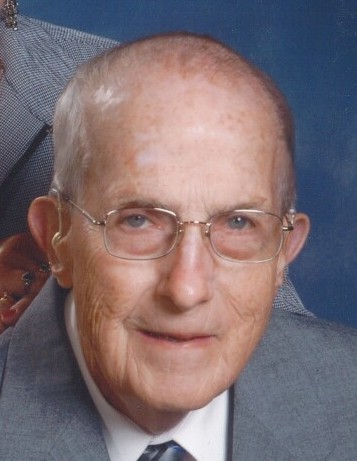 A private family graveside service was already held at Cloverleaf Memorial Park Cemetery.  A Celebration of Life social will be held from 1-3 pm on Saturday Aug. 1, at the Willmar American Legion Post.  Arrangements are with the Peterson Brothers Funeral Home.  www.petersonbrothers.com

Russell Wayne Anderson was born on August 16, 1933, near Litchfield, Minnesota, the son of Ralph and Minnie Anderson.  He grew up in Litchfield, graduated from Litchfield High School and attended the Willmar Community College, earning a degree in Criminal Justice.  In 1950, he enlisted in the U.S. Air Force.  On Sept. 8, 1954, Russell was married to Yvonne Peers.  He served in England for 7 years and was honorably discharged in October of 1961.  In December of 1961, Russell began working with the Willmar Police Department, retiring in January of 1993.   On August 1, 1964, Russell was married to Karen Rae Kragenbring and they made their home in Willmar.  He was an active member of the First Covenant Church, Willmar American Legion Post, Willmar V.F.W., Disabled American Veterans and the Fraternal Order of Eagles.

He is survived by his wife, Karen of Willmar; two children, Ralph (and Judy) Anderson of Willmar and Linda Monk of San Antonio, TX.; two granddaughters, Megan Anderson (and Jeremy Kite) of Pine Island and Kirsten (and Chris) Johnson of Hawick, besides other relatives and friends.

He was preceded in death by his parents; one brother, A.G. (and June) Anderson; one sister, Rosemary (and Ervin) Radunz, and one nephew, Jeff Radunz.

To order memorial trees or send flowers to the family in memory of Russell Anderson, please visit our flower store.