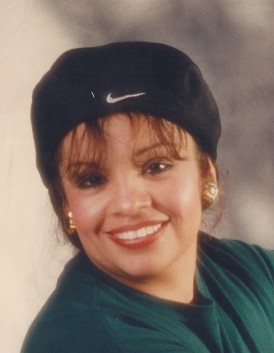 A celebration of Rosie’s life will be held 4-7 p.m. Friday, October 11, at Peterson Brothers Funeral Home in Willmar.

Rosie was born March 27, 1956, in McAllen, Texas, the daughter of Juan and Margarita (Gonzales) Garcia.  She grew up in the McAllen area and attended high school in McAllen.  Rosie was united in marriage to Pat Garcia and their union was blessed with seven children.  Rosie worked in various jobs in the McAllen area, including in the school cafeteria and office work, while also caring for her children.  In 1996, the family moved to Willmar and she worked at the Jennie-O processing plant for a period of time and took time to be with her grandchildren.

In 2001, Rosie met Samuel Schultz and they have shared their lives together for the past 181/2 years.   Rosie later returned to work at Jennie-O and at Nelsen Laundry in Willmar.  She most recently helped Sam with his business adventures: Kandi Laundromat and Heating and Cooling by Sam.

They enjoyed spending their time with family and friends, camping, and trying to learn to fish.  Rosie also enjoyed watching her soaps and Lifetime movies, and the yearly trips to Texas to visit family and South Padre Islands.

Rosie is survived by her significant other, Samuel Schultz and his three daughters, Maggie, Justina (fiance Alex), and Alicia; six children, Marylou (Mike) of Bethel, Marco (Marisol) of McAllen, TX, Juan (Dorothy) of Clarkfield, and Pat, Steven, and Ana of Willmar; eleven grandchildren, Teddy, Eli, Jhonny, Rosemary, Leslie, Pat Jr., Alex, Raul, Mercedez, Juan Jr., and Genises; and two great-grandchildren, Jerimiah and Leela.  She is also survived by her parents; eight sisters; many nieces and nephews; and her dog, April.

She was preceded in death by an infant son, Raul; a sister, Stella; and a brother, Juan.

She will be truly missed!

To order memorial trees or send flowers to the family in memory of Rosie Garcia, please visit our flower store.