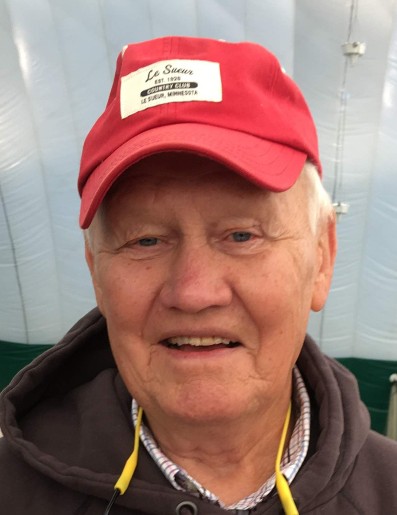 A celebration of life service will be held at 2:00 p.m. on Friday, September 17, at the First Reformed Church in Willmar.  Visitation will be from 5-7 p.m. on Thursday, September 16, at Peterson Brothers Funeral Home in Willmar and will continue for one hour prior to the service at the church.  Arrangements are with Peterson Brothers Funeral Home.  www.petersonbrothers.com

Robert “Bob” Wayne Van Den Einde was born on February 26, 1943, in Willmar, Minnesota, the son of Gordon “Bud” and Gladys (Brouwer) Van Den Einde.  He grew up on a farm near Roseland and graduated from Danube High School in 1961.  Bob served in the U.S. Army Reserves and then attended Central College in Pella, Iowa.  On September 4, 1964, in Sacred Heart, Bob was married to Carol Ann Lausen.  He transferred and graduated from Minnesota Teachers College (Minnesota State University, Mankato) in June of 1966 and student taught in Olivia.  In the Fall of 1966, Bob began his teaching career with the Willmar Public School District as a 7th grade English teacher.  He made his classes interesting with the subjects of Greek mythology and poetry.

Bob was very involved in his junior high school, serving as the annual staff director, making the junior high year books for many years, a basketball coach, pool director and athletic director.  Bob served on the National Education Association and the Consistory of First Reformed Church, besides many other committees throughout our community.

After teaching for 37 years, Bob retired in 2003 and continued to substitute teach for a few more years.  During his retirement, Bob golfed almost every day at the Valley Golf Course in Willmar.  He enjoyed reading, crossword puzzles and photography.  He was so involved in his children's and grandchildren's lives, attending all their events and photographing great memories.

He is survived by his loving wife of over 57 years, Carol; three children, Todd (and Sara) Van Den Einde of Corcoran, Shannon (and Ron) Dorf of Ada, Michigan and Marni (and Cormac) Dunning of LeSueur; seven grandchildren, Jake and Hanna Van Den Einde, Travis (and fiance, Sarah Hunt), Hayden and Josie Dorf and Kylie and Darbi Dunning; and two brothers, Jerry (and Lynda) Van Den Einde of Blomkest and Gene (and Beth) Van Den Einde of Willmar, besides other relatives and many friends.

To order memorial trees or send flowers to the family in memory of Robert "Bob" Van Den Einde, please visit our flower store.