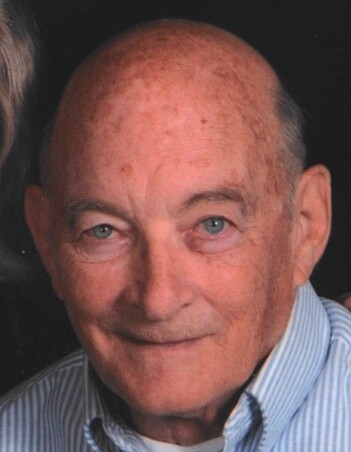 A celebration of Robert’s life will be from 1-5 p.m. on Sunday, June 13, at the family’s home on Eagle Lake near Willmar.  Arrangements are with Peterson Brothers Funeral Home.  www.petersonbrothers.com

Robert "Bob" Charles Cady was born on June 13, 1939, in Pittsburg, PA.  He graduated from St. Louis Park High School in 1958.  From 1958 to 1962, Robert served in the U.S. Navy as an Electronics and Radar Technician.  Following his honorable discharge, he attended Brown College and graduated with an Electronics degree in 1964.  On December 19, 1964, at the Crosstown Covenant Church in Minneapolis, Robert was united in marriage to Mary Peterson and they made their home in Eden Prairie.  Robert was employed for over 37 years at Northwest Airlines and Delta Airlines, retiring in 2002.  In 2011, Robert and Mary moved to their home on Eagle Lake near Willmar.  Robert enjoyed investing in the stock market, playing softball with the Northwest team, bowling in metro leagues and playing card games with his friends, co-workers and twin brother, Ronald.  He enjoyed playing all sports in his younger years and watching them as he grew older.  He loved coaching his children in sports and took pride in the fact that he never missed a game or meet.

He is survived by his loving wife Mary of over 56 years; three children, Dana (and Andy) Shetter of Mesa, AZ., Timothy (and Tracey) Cady of Eden Prairie and Heidi (and Eric) Christensen of St. Peter; and five grandchildren, Tyler Pietz, Sedona and Hunter Shetter and Odin and Aksel Christensen.  Also surviving is a sister-in-law, Leslee Cady of  Plymouth; a brother-in-law and sister-in-law, Paul and Joanne Peterson of Sauk Rapids; and several nieces and nephews, besides other relatives and friends.

He was preceded in death by his parents, Noel Jr. and Marjorie (Gaskill) Cady.  and his identical twin brother, Ronald E. Cady.

To order memorial trees or send flowers to the family in memory of Robert Cady, please visit our flower store.