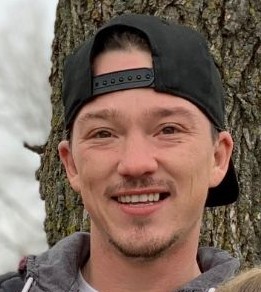 Riley James Shea was born in Willmar, Minnesota, on October 7, 1989, the son of William and Janis (Myrin) Shea.  He grew up in Atwater and graduated from ACGC High School in 2008, where he spent his entire education.  Later Riley attended St. Cloud Tech college for one semester and Ridgewater College in Willmar for one semester.  Riley then ventured out by joining the U.S. Armed Forces in 2010 for two years.  Following his service, Riley was employed for Sparks Construction (formally S&L Construction) out of Atwater for nearly 10 years.

Riley was a great father, uncle, brother, son and friend who had a smile and laugh that was so contagious.  Throughout his youth and into his adulthood, he played basketball both organized and for fun. Riley enjoyed passing his love of basketball on to his daughters, nieces and nephews.  Riley enjoyed not only basketball, but all sports and shared his love of sports with everyone around him.  In the summer months, he often spent time on the course playing golf with his dad, brothers or his friends.  He also spent many evenings and weekends playing softball, throwing the football around with the kids in his life, and playing many games with his girls.  Riley loved Brooke and Brynlee with his whole heart.  Riley truly enjoyed being a dad, music and sports.  He never forgot to leave or end a conversation without saying “I love you”.  His goal was to always make people smile and laugh.  This is the Riley that we all need to remember.  Riley spent much of his free time writing and creating with words.

He was preceded by his grandparents, Leo and Irma Shea and Duane and Yvonne Myrin; and two sisters, Wendy Shea and Suzanne Shea.

To order memorial trees or send flowers to the family in memory of Riley James Shea, please visit our flower store.
Open