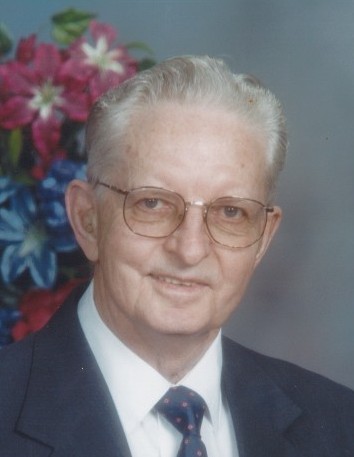 Randall Howard Paulson was born on January 7, 1926, in Atwater, Minnesota, the son of Archie and Mabel Paulson.  He grew up in Atwater and graduated from Atwater High School in 1940.  Following high school. He along with his father, farmed the family land.  After his father’s passing, he continued to work the farm.  In 1961, Randy met JoAnn Sether who was attending St. Paul Bible College and they began dating.  Randy and JoAnn were united in marriage on July 2, 1962 and made their home south of Atwater, on the farm that Randy grew up on.  In the 1980’s, Randy decided to rent his land and began working for Willmar Poultry Company where he worked until his retirement.  In 1990, Randy and JoAnn sold the farm and moved to Willmar.  Randy was very active at the First Baptist Church of Atwater.  He sang in the choir and was involved in special music.  He also served as the church cemetery sexton.  After moving to Willmar, Randy and JoAnn joined the Refuge Church.

He is survived by one son, Loren (and Diane) Paulson of Fridley; one daughter, Lonnell Paulson of Richfield; four grandchildren, Curtis (and Katie) Paulson of Cincinnati, OH., Nicholas (and Julia) Goblirsch of New Albany, IN., Nicole and Natalie Goblirsch of Brooklyn Park; besides other relatives and friends.

He was preceded in death by his parents; his loving wife, JoAnn in December of 2018; and one brother, Donald Paulson.

To order memorial trees or send flowers to the family in memory of Randall Paulson, please visit our flower store.