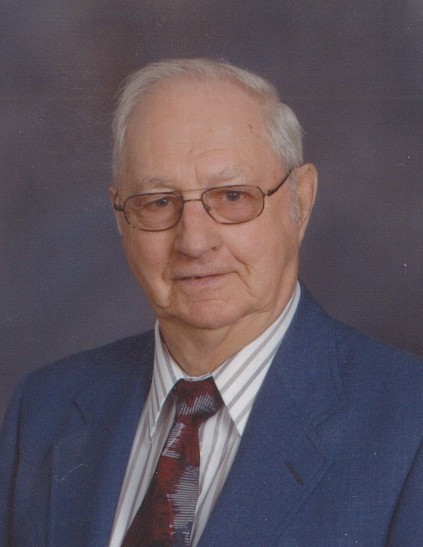 Memorial services will be 11 a.m. Monday, November 18, at Hope Presbyterian Church in Spicer.  Interment will be at the Spicer City Cemetery.  Visitation will be one hour prior to the service at the church.  Arrangements are with Peterson Brothers Green Lake Funeral Home in Spicer (www.petersonbrothers.com).

Norman Carl Jensen was born December 9, 1928, in Litchfield, Minnesota, the son of Christ and Vera (Hawes) Jensen.  He grew up south of Grove City, was baptized and confirmed at Arndahl Lutheran Church, and graduated From Grove City High School.  On June 17, 1950, he married Adair Rubel at the Atwater Methodist Church.  They made their home in Atwater and two children, Larry and Leslie, were born to their marriage.  Norm worked as mechanic at the Strong Motor Company in Atwater.  In 1963, he opened Norm’s Auto Service in Spicer and in 1965, the family moved to Spicer.  Norm ended his career as a  mechanic for Duininck, Inc., retiring in 1998.

Norm served on the fire departments in Atwater and Spicer, and served as Fire Chief in both communities.  He served as president of the Spicer Commercial Club and on the Fourth of July committee, serving as parade director and assisting with the fireworks show.  He enjoyed the outdoors, especially hunting, fishing, and feeding and watching birds.  In his younger years, he played church league softball in both Atwater and New London.  He also built a racecar with a friend, which they raced at the Atwater Speedway.  In retirement, Norm enjoyed golfing and wintering in Arizona.

He is survived by two children: Larry (and Ann) Jensen of Litchfield, and Leslie (and Mark) Radabaugh of Willmar; four grandchildren: Jamie (and Shannon), Denise (and Chad), Christopher, and Benjamin; and four great-grandchildren: Jordan, James, William, and Henry.  Also surviving are a brother: Rolland Jensen of Hutchinson, a sister-in-law: Norma Jensen of Alexandria; his special friend: Mavis Olson of Park Rapids; and other relatives and friends.

He was preceded in death by his parents; his wife: Adair in 2003; a brother: Vernon Jensen; and a sister-in-law: Verna Jensen.

To order memorial trees or send flowers to the family in memory of Norman Jensen, please visit our flower store.