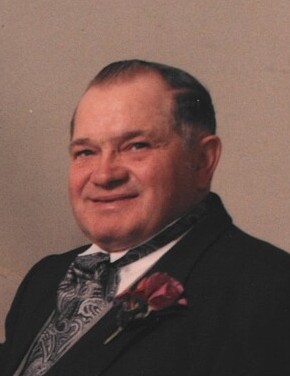 Morine G. Hollen, age 83, of Sunburg, passed away at his home on Monday morning, Oct. 19 following an extended illness.

A graveside service will be held at 2:00 p.m. on Friday, Oct. 23, at West Norway Lake Lutheran Cemetery near Sunburg.  Visitation will be one hour prior to the service at the cemetery.  Arrangements are with the Peterson Brothers Sunburg Funeral Home.  www.petersonbrothers.com

Morine Glen Hollen was born on September 8, 1937, on the family farm near Sunburg, the son of Ruben and Laura (Gunderson) Hollen.  He grew up in Sunburg, was baptized and confirmed in the Lutheran faith and received his education in the Sunburg community.  At the age of 17, Morine enlisted in the U.S. Army and served from 1955 to 1958.  On October 19, 1955, in Mainstockheim, Germany, Morine was united in marriage to Ingeborg Irene Schneider.  They lived in Germany for one year before moving to Minneapolis where Morine was employed at Honeywell Corp.  In 1965 they moved to the family farm near Sunburg and continued the family farm operation.  Morine was an active member of Hope Lutheran Church and served on the church council and cemetery board for many years.  Morine enjoyed hunting, fishing, classic cars, traveling to Germany to visit relatives and the simple farm life.

He is survived by his two children, Heidi Hollen (and Dave Slavens) of Shoreview and Chris Hollen of Sunburg; one sister, Ethel (and Gene) Melgren of St. Louis Park; three brothers, Gordon Hollen of Glenwood, Kermit (and Franny) Hollen of Fridley and Lowell (and Mary) Hollen of Brooten, and his beloved canine companion, Max, besides other relatives and friends.

He was preceded in death by his parents; his wife, Ingeborg in 2018; one brother, Harold and three sisters, Audrey, Arlene and Rosella.

To order memorial trees or send flowers to the family in memory of Morine Hollen, please visit our flower store.