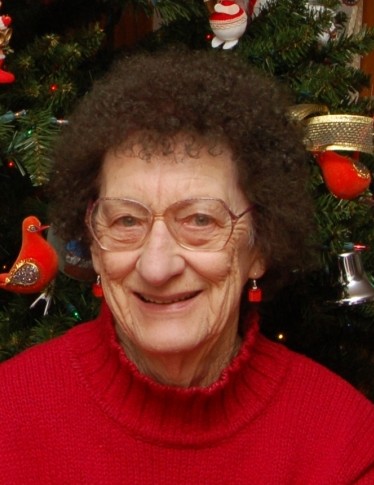 Monica A. Hartung (Symanietz), died peacefully at her daughter’s home on Saturday, January 8, just 13 days shy of her 100th birthday.

Mass of Christian Burial will be held at 10:00 a.m. on Friday, January 14, at Church of St. Louis, King of France in St. Paul. Interment will be at 3:30 p.m. on Friday, January 14, at St. Patrick’s Catholic Cemetery in Kandiyohi. Visitation will be from 5:00—7:00 p.m. with a prayer service at 5:00 p.m. on Thursday, January 13, at the Peterson Brothers Atwater Funeral Home. Visitation will continue for one hour prior to the service at the church on Friday in St. Paul. Arrangements are with Peterson Brothers Funeral Home. www.petersonbrothers.com

Monica was born on January 21, 1922, on a farm outside of St. Cloud, Minnesota. She was able to attend St. Cloud Tech High School by boarding and working in a tea house. After one year of business college, Monica left home for the first time to be employed by the War Dept. in Washington, D.C., as a secretary. She worked for the major WW II generals, had her name mentioned in the Congressional Record, and was awarded the Meritorious Civil Service Award from Gen. Dwight Eisenhower.

Upon her return to Minnesota, she met and married Alfred C. Hartung in 1953. They lived in Appleton, Eden Valley, and settled in Atwater in 1960. Monica partnered her veterinarian husband by answering calls, selling medicines, and forwarding information on the 2-way radio.

After the death of her husband in 1971, Monica raised 5 children. She worked as a cashier, church secretary/ bookkeeper, media librarian at Atwater High School, and house mother for the Halfway House in Atwater.

Monica was a woman of deep Catholic faith. She was generous in giving rides to St. Patrick’s Church, being CCD principal and teacher, was head of various church committees and dinners. She received the award of Miss St. Patrick in 1974 and the Bishops Medal of Service.

Monica was a remarkable woman with many talents. In addition to being a superb typist and stenographer, she was an accomplished seamstress. She was known for her caramel rolls, pies, dill pickles. She loved polka dancing, card playing, and gardening. She lived through poverty, persevered through the losses and illness of her loved ones, and gave every opportunity to her children. Everything we are and have is due to her care, work, and sacrifice. Her great joy in life was her family. She loved spending time with her granddaughters. She taught them how to pick berries and laughed at their joyful play.

Monica truly lived a full life, and her legacy lives on in us, her family. We are as beautiful and as remarkable as our mother.

She was preceded in death by her husband, Alfred; two sons, Bruce and David; one daughter, Carol; her parents, Vincent and Clara Symanietz; and four brothers and one sister.

To order memorial trees or send flowers to the family in memory of Monica Hartung, please visit our flower store.
Open