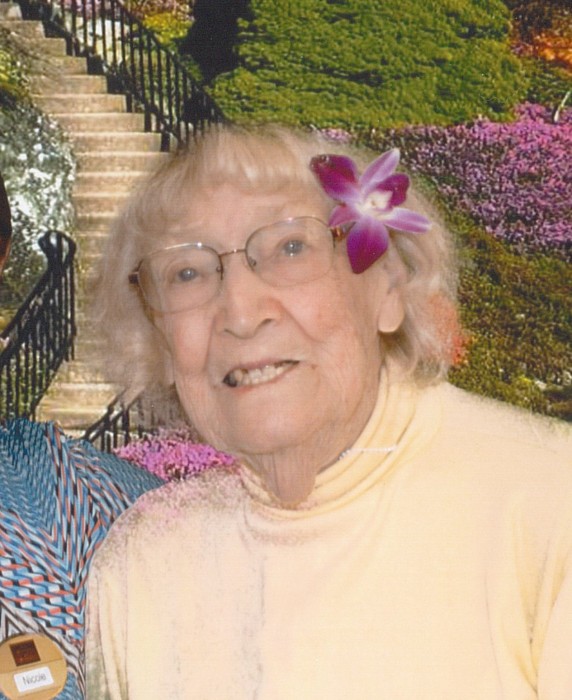 Mildred M. Randall, age 95, of Eagan, formerly of Willmar, died Monday evening, September 24, at The Commons on Marice in Eagan.

Funeral services will be held at 2:00 p.m. on Friday, October 5, at Redeemer Lutheran Church.  Interment will be at Cloverleaf Memorial Park Cemetery.  Visitation will be two hours prior to the service at the church.  In lieu of flowers, memorials to Redeemer Lutheran Church are preferred.  Arrangements are with Peterson Brothers Funeral Home in Willmar.

Mildred Marcella Randall was born in Lakefield, Minnesota on August 23, 1923 to Earl and Olive (Newville) McIalwain. The family moved to the Spicer area in 1928 and then to Willmar in 1930. Mildred graduated from Willmar High School in 1941. Mildred was united in marriage to George L. Randall on April 19, 1942. They lived on Eagle Lake until 1989, when she moved into Willmar. Mildred worked in telephone sales for Sears Roebuck in Willmar after attending some secretarial classes at Willmar College. She retired in 1948 to become a full-time housewife and mother and be the bookkeeper for George's business, Randall's Decoys and Spears and Randall's Café, which they owned for a time in Spicer.  In 2011, Mildred moved to Eagan, where she resided at the Commons on Marice in Assisted Living.

She was a member of Redeemer Lutheran Church in Willmar holding various offices and taught Sunday School for 50 years. She was a member of the Beaux Arts Study Club, Widowed Persons Association, was secretary of the Village on the Green Association, served offices on the Rice Memorial Hospital Auxiliary and volunteered at the surgical desk for over 10 years. She also was involved on the planning committee of the class reunions of the Willmar Class of 1941.

Mildred and George built their family home on Eagle Lake outside of Willmar. They enjoyed all the activities that surround lake life. Mildred especially enjoyed all the flower gardens she had there. When George passed away she spent her time traveling to the British Isles, Europe, Southeast Asia, the Holy Land, Russia, Egypt, the Scandinavian countries, China and Hawaii.

To order memorial trees or send flowers to the family in memory of Mildred Randall, please visit our flower store.