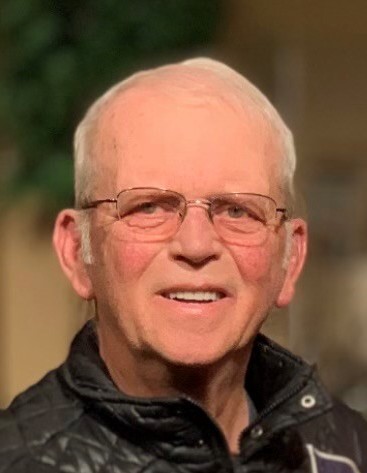 Michael "Mike" A. Stark, age 72, of Willmar, passed away at home on Thursday, Nov. 18, after a short battle of lung and brain cancer.

Funeral services will be held at 11 a.m. on Wednesday, Nov. 24, at the First Covenant Church in Willmar.  Interment will be held at Fairview Cemetery with military honors provided by the Willmar American Legion Post #167.  Visitation will be from 6-8 p.m. on Tuesday, Nov. 23, at Peterson Brothers Funeral Home in Willmar and will continue for one hour prior to the service at the church.  Arrangements are entrusted to Peterson Brothers Funeral Home.  www.petersonbrothers.com

Michael Allen Stark was born on October 13, 1949 in Sidney, Nebraska, the son of Clare and Lila (Lloyd) Stark. He grew up in Sidney, Nebraska and Greely, Colorado. He spent most of his childhood with his grandparents. Mike was drafted into the United States Army where he served as a mechanic from 1969 – 1977. His tours led him to Germany, Korea, Georgia, and Alabama.

Mike and Marlene met as pen pals while Mike was on tour in Germany. They wrote back and forth for 7 years before marrying on May 3, 1975 in Lincoln, Minnesota. This union was blessed with 3 wonderful boys Chris, Matt and Allen. Mike spent the early years of his career working as a store manager for various farm stores in parts of Nebraska, Iowa and eventually it led him to Big Bear in Willmar in 1992. When Big Bear closed, Mike worked as a car salesman for Mills Auto selling cars and Nova-Tech Engineering as a receiving specialist. Mike tried to retire in 2011 but ended up going to work for his wife as a childcare provider for Tender Hands Daycare.

Mike enjoyed spending time with his boys riding snowmobiles, four wheelers, motorcycles, drag racing and soupin’ up cars! Mike was known to cruise first street with his boys and would race anyone who showed an interest, which is how he met Chad Clark, who was treated as an adopted son to Mike. Mike has always had a passion for cars and in his later years it shifted to Subaru's. He has owned almost every model Subaru has made and created lasting friendships with the boys at Subaru of St. Cloud.

Mike has also cherished many memories with his 7 grandchildren. He was always willing to take them to practice, pick them up from school, bring them food if they are hungry, or take them to a friend’s house. Whatever his grandchildren requested he did. He loved spending time with his family and enjoyed dinners out with Marlene at his two favorite places to eat: Texas Roadhouse and Red Lobster. He enjoyed serving others and always did it with a smile.

He was proceeded in death by his grandparents, Elmer and Madge Lloyd and parents, Clare and Lila Stark.

To order memorial trees or send flowers to the family in memory of Michael "Mike" Stark, please visit our flower store.