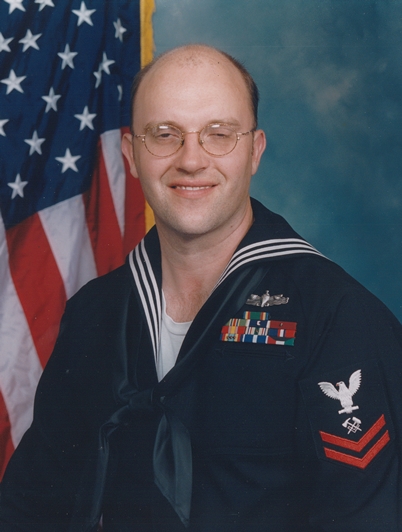 Memorial services will be held at 2:00 p.m. on Saturday, November 23, at the First Reformed Church in Willmar.  A private interment will be in the Bunde Christian Reformed Cemetery near Clara City.  Arrangements are with Peterson Brothers Funeral Home in Willmar. www.petersonbrothers.com

Michael David Fischer was born October 26, 1966, in Rochester, Minnesota, the son of Donald and Mary (Wubben) Fischer.  He attended school in Rochester, Eyota and Willmar, graduating from Willmar High School in 1986.  He served three years in the National Guard and twenty years in the U.S. Navy.  The Navy brought him all over the world on ships including the Tender, Ramage, Yosemite, and Nimitz.  Upon retiring from the Navy, he worked for BAE Systems in shipyard contracting.

Michael is survived by his mother: Mary Fischer of Willmar, MN; his sister: April (and Joe) Lindstedt of Oregon; his brother: Mark (and Sheri) Fischer of Florida; a niece and nephews: Veanessa, Bryann, Kyle, and Mason; many aunts, uncles; and cousins; his co-workers; and many friends.

He was preceded in death by his father: Donald Fischer; his niece: Josette; and his grandparents.

To order memorial trees or send flowers to the family in memory of Michael Fischer, please visit our flower store.