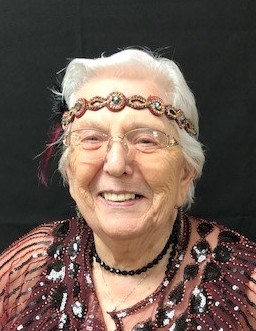 A celebration of life graveside service will be held at 12:45 p.m. on Thursday, Dec. 3, at Ft. Snelling National Cemetery in Minneapolis.  Arrangements are with the Peterson Brothers Green Lake Funeral Home in Spicer.  www.petersonbrothers.com

Mary Jean “Jeanie” Spencer was born on November 11, 1929, in Amboy, Minnesota, the daughter of Charles and Marie (Jennings) Skarin.  She grew up and received her education in Amboy.  On December 13, 1946, Jeanie was united in marriage to Robert M. Spencer and they made their home in Blue Earth.  Over the years, she was employed as a waitress at the Swim Inn Diner, a clerk at J.C Penny’s and later worked in housekeeping at the Blue Earth Hospital.  She was an active member of Trinity Lutheran Church in Blue Earth.  In 2017, she moved to Spicer to be closer to her family.  Jeanie enjoyed baking, cooking, playing card games and attending her grandchildren’s athletic activities.

She was preceded in death by her parents; her husband, Robert in 2006; one daughter, Marsha Martin; one son, Brian Spencer and five siblings.

To order memorial trees or send flowers to the family in memory of Mary Spencer, please visit our flower store.