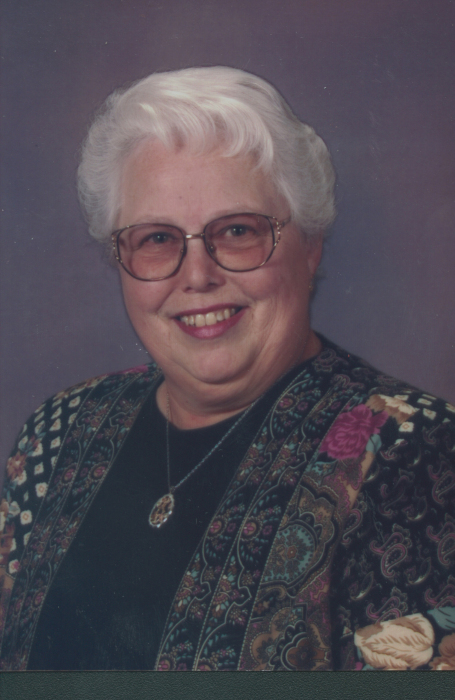 A private family graveside service will be held at a later date.  Memorials to honor Marlene's life may be directed to the Alzheimer's Association.  Arrangements are with Peterson Brothers Funeral Home in Willmar.  www.petersonbrothers.com

Marlene Dorothy Porter was born on November 3, 1938, in Renville, Minnesota, the daughter of Martin and Eleanora (Hermerding) Tepfer.  She grew up in the Renville and Willmar communities and graduated from Willmar High School in 1956.  On October 11, 1958, Marlene was united in marriage to Vernon Dell Porter.  They made their home in Willmar before moving to New London in 1972 and to Raymond in 1993.  Marlene worked as a secretary at Glen Oaks, Iverson Engineering, Peterson Bus Company and the Willmar School District.  She and Vern also managed the city campground in Sauk Centre for many years.  Marlene was a member of Redeemer Lutheran Church and was active with the F.O.E. Auxiliary, serving as a past MN State Madam President.  Her hobbies included camping, fishing and crafts.  Since 2010, Marlene has resided at Bethesda Grand Nursing Home in Willmar.

She is survived by her husband, Vernon of Willmar; three children, Glen (and Becky) Porter of Andover, Vicki (and Rob) Smith of Willmar and Gary Porter of New London; and three grandchildren, Jared, Jacob and Shania Porter; besides other relatives and friends.

She was preceded in death by her parents; one son, Dell in 1979; two sisters, Eleanore and Ruth; and one brother, Dale.

To order memorial trees or send flowers to the family in memory of Marlene Porter, please visit our flower store.