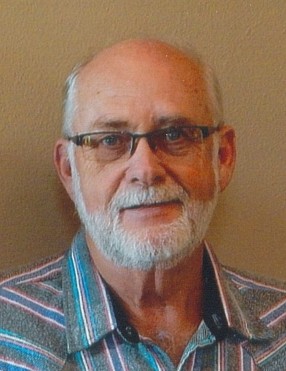 Memorial services will be 2 p.m. Thursday, November 15, at Immanuel Lutheran Church in Atwater with visitation one hour prior to the service at the church.  Interment will be at Union Cemetery in Atwater at a later date.  Memorials are preferred to Rice Hospice or the Rice Cancer Center.  Arrangements are with Peterson Brothers Atwater Funeral Home.

Mark Steven Anderson was born November 8, 1948, in Willmar, Minnesota, the son of Clarence and Clara (Christensen) Anderson.  He grew up and attended school in Atwater.  He worked various jobs after high school.  On August 13, 1977, he married Gloria Berg at Immanuel Lutheran Church and they made their home in Atwater.  Mark attended the Willmar Vo-Tech for parts merchandising.  He worked at Innovex in Litchfield, at Hutchinson Technology, and most recently at the Mills Parts Center in Willmar.  Mark enjoyed gardening and being outdoors.  He also enjoyed traveling and took many trips and cruises to other states and countries after Gloria’s death.  He especially enjoyed traveling with the Good Neighbor Club.

He is survived by two daughters: Debra (and Brent) Ringler of New London and Angela (and Rodney) Olson of Willmar; two grandchildren: Riley RIngler and Jaedin Ringler; two sisters: Janice Elafros of Princeton and Marvis Lyon of Pelican Rapids; a sister-in-law: Maggie Anderson of Atwater; and other relatives and friends.

He was preceded in death by his parents; his wife: Gloria  in 2006; and two brothers: Clare "Bubsy" Anderson and Dale Anderson.

To order memorial trees or send flowers to the family in memory of Mark Anderson, please visit our flower store.