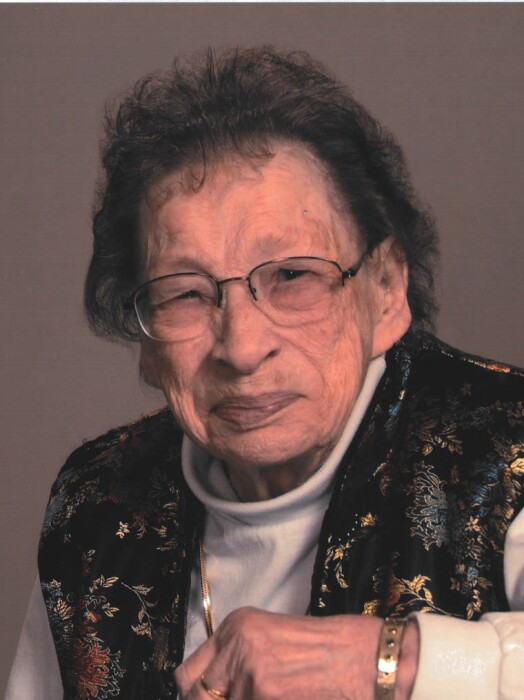 Marjeret Dean, age 97, of Willmar, passed away Monday evening, Feb. 1, at the Scandia House in Willmar.

Visitation will be held from 11 a.m. to 1 p.m. on Saturday, Feb. 6, at the Peterson Funeral Home in Willmar.  A private celebration of life service will follow the visitation at Calvary Lutheran Church.  Interment will be at the Spicer City Cemetery.  www.petersonbrothers.com

Marjeret was born on March 9, 1923, in Erickson Township, Renville County, Minnesota, the daughter of Theodore and Grace (Becker) Eekhoff. She grew up in Clara City until the age of 14, when they moved to Maynard and later graduated from Maynard High School.  She attended Lee’s Beauty School in St. Paul.  In 1943, she returned to Willmar and worked as a waitress at Marie’s Lunch, B & C Café and John’s Café.  On November 29, 1945, Marjeret was united in marriage to Floyd L. Dean.   They made their home in Spicer until 1954 when they moved to Willmar.  She worked as a waitress at the Bowling Alley.  From 1957 to 1959, Marjeret owned and operated the Friendly Store in Willmar.  In 1959, they moved to Sunburg.  Marjeret then worked at the Sunburg Creamery, the Wonderall Factory in Willmar and in housekeeping at the Holiday Inn and Rice Memorial Hospital.  She worked hard all her life and retired in 1988.  Marjeret was an active member of West Norway Lake Lutheran Church in Sunburg where she taught Sunday school for over 20 years.  After moving to Willmar, they joined Calvary Lutheran Church and was active in ladies aide and the women's church quilters group.

She is survived by her four children; Sheldon (Judy) Dean of Slayton, Billie Dean of Eugene OR., Frances (Robert) Walz of Shakopee and Bradley (Jolene) Dean of Willmar; nine grandchildren; five step-grandchildren; eleven great grandchildren; and a sister-in-law, Ardis Eekhoff of Montevideo, besides other relatives and friends.

She was preceded in death by her parents; her husband, Floyd in 1998; one son, James Dean in 2013; seven brothers, Willie, Hank, Frederick, Peter, Elroy, Loyis and Doyle Eekhoff and three sisters, Helene Gehrke, Marie Schellenbarger and Lucille Eeckhoff who died at birth.

To order memorial trees or send flowers to the family in memory of Marjeret Dean, please visit our flower store.