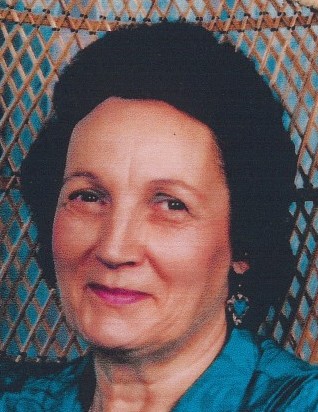 Funeral services will be held at 1:00 pm on Monday, April 22, at the Church of St. Mary in Willmar.  Interment will be in the church cemetery at a later date.  Visitation will be two hours prior to the service at the church.  In lieu of flowers, memorials are preferred.  Arrangements are with Peterson Brothers Funeral Home in Willmar. www.petersonbrothers.com

Marion Anna Dolsen was born on March 3, 1933, in Pembina, North Dakota, the daughter of Frederick and Anna (Pearson) Salzman.  She grew up and received her education in the Red Lake Falls area.  On May 6, 1951, Marion was united in marriage to Lloyd Dolsen and to this union they were blessed with 11 children.  Marion was a homemaker, mother and wife.  She didn't work outside the home because she already had 11 fulltime jobs.  She loved gardening, cooking, flowers and dancing (which they taught to all their children).  Lloyd and Marion were married for over 34 years until his death in 1984.  Over the years they lived and raised their children in Minnesota, Wisconsin, Illinois and then back to Minnesota where they landed for the final time.

She is survived by her eleven children, Shirley (and Jim) Kraus of Pennock, Sharon (and John) Reents of Arlington, SD., William (and Kristy) Dolsen of Grand Rapids, MI., Edward (and Cindy) Dolsen of Belgrade, Sharyl Wenger of Belgrade, Sharlene Wangen of Willmar, Charles (and Deborah) Dolsen of Cataula, GA., Bernard (and Tammy) Dolsen of Emmons, Sandra (and Mike) Meyer of Stewart, Sheila Tullis of Hutchinson and Sally (and John) VanWey of Grove City; eighty-one grandchildren; one hundred great grandchildren and seven great great grandchildren.  Also surviving are two sisters, Louise Lessard of South Milwaukee, WI., Joyce (and Dan) Heussner of Janesville, WI., and one brother, Joseph Salzman of South Milwaukee, WI., and one brother-in-law, Glenn VanWey of Hinton, OK.,besides other relatives and friends.

She was preceded in death by her parents; her husband; three brothers, Daniel, Gerald and Patrick; one sister, Virginia; two sons-in-law, David Wenger and Ronald Tullis; one grandson, David Kraus in 2014 and three infant great grandsons, Xander in 2009, Ripley in 2017 and Torben in 2018.

Marion lived a full long life with many ups and downs.  She always had her strong faith in the LORD to get her through anything and the love of family.  We will miss her but she is now in a better place and can reunite with all her lost loved ones.  May she forever rest in peace.

To order memorial trees or send flowers to the family in memory of Marion Dolsen, please visit our flower store.