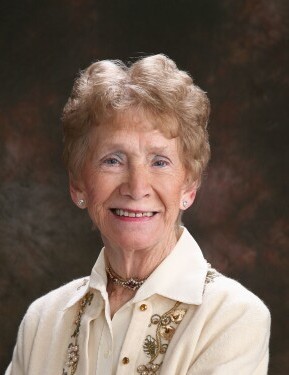 Mardette "Marde" Kinzler, age 97, of Willmar, passed away, Saturday afternoon, Aug. 22, at her residence in Willmar.

A celebration of life service will be held at 1:30 p.m. on Friday, Sept. 11, at the Willmar Assembly of God Church.  Interment will be at Fairview Cemetery.  Visitation will be from 12 noon until the time of service at the church.  Arrangements are with Peterson Brothers Funeral Home.  www.petersonbrothers.com

Mardette “Marde” Kinzler was born on July 9, 1923 in Eastend, Saskatchewan, Canada, the daughter of Martin and Tillie (Johnson) Egge. The family settled on a farm near Lake Lillian, Minnesota in 1932. She graduated from Atwater High School in 1942. In 1948, she married and moved to rural Litchfield where she raised thousands of turkeys and four beautiful children. In 1965, she and her four children moved to Litchfield, where she worked at the Sward-Kemp Drug Store. In 1970, she moved to Minneapolis working for the Pillsbury Club as a housemother to a girls’ finishing school. In 1975, she married and moved to Florida working as an elementary school crossing guard and the plant caretaker at the St. Augustine Alligator Farm. These were jobs that she dearly loved. After thirty years, Marde moved to Willmar and worked at the downtown greeting card shop for four years. On July 6, 2014, she married Marvin Kinzler, the love of her life. They made their home in Willmar and were members of the Assembly of God Church and the Senior Citizens Club. They also enjoyed playing golf, dancing, attending yard sales, antiquing, and traveling. Marde visited every state but Hawaii and Alaska. She started every morning with a cup of coffee and spending time with Jesus.

She was preceded in death by her parents; three brothers, Woodrow, Marcellus and Vinton, one sister, Viona; and son Bruce Dale, who died in 2018.

To order memorial trees or send flowers to the family in memory of Mardette Kinzler, please visit our flower store.