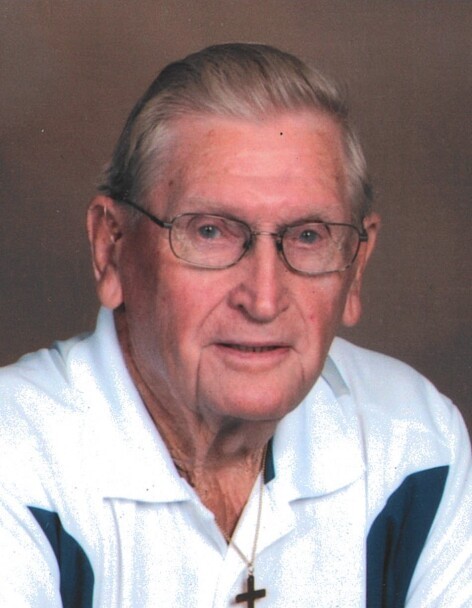 LuVerne was born on May 25, 1926, on the family farm near Sunburg, Minnesota, the son of Ole and Alma (Lansverk) Sondrol.  He grew up and received his education in the Sunburg community and continued to work on the family farm.  On May 10, 1952, LuVerne was married to Vivian Lucille Adolphsen and they made their home on the family farm.  LuVerne worked hard as a farmer and as a salesman for Security Seed Corn, Archer Oil and President Homes.  He co-owned and operated the Glacial Trail Supper Club and later the Lake Reno Inn.  LuVerne also owned and operated Sondrol Excavating.  He was a active member of Hope Lutheran Church and the National Farmers Organization (NFO).  LuVerne was a volunteer for the Civil Air Patrol and a member of the Elk’s Lodge, Eagle’s Club and the American Legion Post.  He was a proud supporter of Ducks Unlimited, Pheasants Forever, Rocky Mountain Elk Foundation, National Wild Turkey Federation and the Minnesota Deer Hunters Association.  His hobbies included hunting, fishing, golfing, aviation and traveling, especially throughout the United States, Mexico and Europe.

He is survived by his four children, Janice (and Charles) Nichols of Grove City, Karen (and Charles) Huseby of Kerkhoven, Steven (and Jeanne) Sondrol of Murdock and Kathy (and Tim) Hanson of Sunburg; fourteen grandchildren; twenty-four great grandchildren; one great great grandchild; one sister-in-law, Audrey Sondrol of Sunburg and his special friend, Carolyn Harris of Cottage Grove, besides other relatives and friends.

He was preceded in death by his parents; his wife, Vivian in 2012; one granddaughter, Andrea Hanson; two sisters, Doris Sventek and Eleanor Halgrimson and two brothers, Clifford Sondrol and Russell Sondrol.

To order memorial trees or send flowers to the family in memory of LuVerne Sondrol, please visit our flower store.