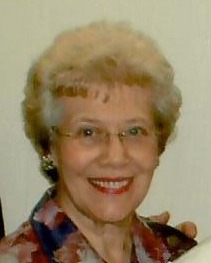 Visitation will begin at 10 a.m. followed by the celebration of life service at 11 a.m. on Saturday, February 4, at the Word of Faith Church in Willmar.  Interment will be later at Union Cemetery in Atwater.  Arrangements are entrusted to the Peterson Brothers Funeral Home.  www.petersonbrothers.com

Lorraine Deloris Tolzmann was born on April 29, 1934, on a family farm near Olivia in Renville County, Minnesota, the daughter of Gust C. and Helen (Olson) Tolzmann. She was Baptized and Confirmed at Svea Lutheran.

Lorraine attended kindergarten through 8th grade at District 68 Country School graduating from Willmar High school in 1951.  She met Harold the boy down the road and love of her life while on the “High School” bus to Willmar, for fun they loved to roller skate and ice skate.  She married Harold A. Hydeen October 27, 1956, at the Svea Lutheran church.  Together Harold and Lorraine were able to share 60 years of marriage.

Lorraine loved living on a farm.  She would rather be found working outside helping in the fields or in the barn tending to the cows then being stuck indoors.  She was known to kid around and was sharp witted with an infectious laugh.  After marrying Harold, they lived on the family farm where Harold had grown up.  She worked at Svea Creamery, Pepsi Cola Bottling in Willmar and helped with their dairy farm operation and later selling Neo-Life products with Harold.

Lorraine was an avid vegetable gardener….and preserved what she harvested, eating pure and healthy foods was important to her.  Lorraine had a deep faith.

Preceded in death by her parents; her husband, Harold in 2017, and three sisters, Luella Roetzer, Donna (Richard) Fluck, and Darlene (Irving) Bratsch.

To order memorial trees or send flowers to the family in memory of Lorraine Deloris Hydeen, please visit our flower store.