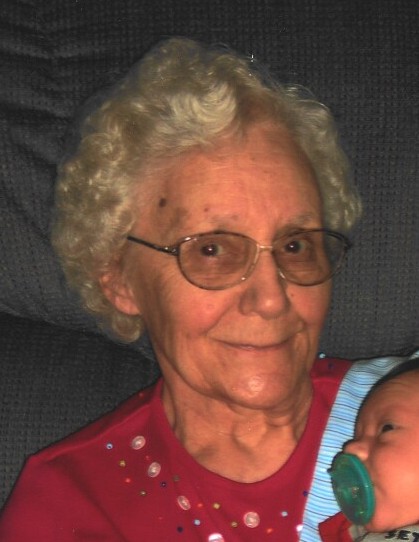 Funeral services will be held at 2:00 p.m. on Saturday, Oct. 9, at Church of the Nazarene in Willmar.  Interment will be at Cloverleaf Memorial Park Cemetery.  Visitation will be two hours prior to the service at the church.  Arrangements are with Peterson Brothers Funeral Home.  www.petersonbrothers.com

Loraine Ruth Kendall was born on October 14, 1928, on the family farm in Lake Elizabeth Township, Kandiyohi County, Minnesota, the daughter of Axel and Rose (Gauer) Linden.  She grew up in the rural Atwater community and graduated from Atwater High School in 1946.  She received her teachers training and taught for three years in rural schools near Atwater and Priam.  On December 27, 1949, at the First United Methodist Church in Atwater, Loraine was united in marriage to Keith L. Kendall.  They made their home in the Willmar area where they farmed until their retirement in 1975.  They enjoyed traveling and wintering in the southern states for many years.   Loraine enjoyed quilting, needle work and crafting.  She also enjoyed being a homemaker and baking for her family (especially caramel rolls, chocolate cake and chocolate chip cookies).  She was a long time member of the Church of the Nazarene in Willmar.

She is survived by her seven children: Sheryl (and James) Alexander of Roseville, Karen (and Michael) Barrett of Inver Grove Heights, Patricia (and Eddie) Carr of DeWitt, IA, Thomas (and Amy) Kendall of Long Prairie, David (and Kelly) Kendall of New London, Abby (and Roger) Schmidt of Kandiyohi and Linae (and Robert) Hahn of Bloomington, IL.  Also surviving are twenty-six grandchildren; twenty great grandchildren and one great great granddaughter, besides other relatives and friends.

She was preceded in death by her parents; her husband, Keith in 2017; two grandchildren, Logan Barrett and Shayna Kendall; two brothers, Vernon and Allen and three sisters, Verda Peterson, Nona Paulson and Alice Shelley.

To order memorial trees or send flowers to the family in memory of Loraine Kendall, please visit our flower store.