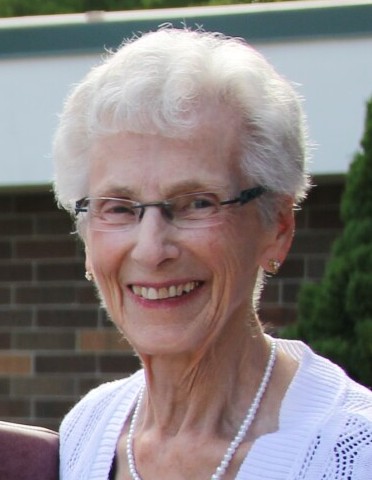 Private family services will be held at Emden Christian Reformed Church in Renville with interment in the church cemetery.  The service will be live streamed on Facebook and can be accessed through Facebook or the church website:  emdencrc.org

Arrangements are with Peterson Brothers Funeral Home in Willmar.  www.petersonbrothers.com

Lilah Mae Kleinhuizen was born on August 16, 1928 in Roseland, Minnesota, the daughter of William John and Gertie (Roelofs) Damhof.  She grew up on the home place just outside of Roseland.  She graduated from Danube High School in 1946.  On March 23, 1949, Lilah was united in marriage to Nicholas “Nick” Kleinhuizen and they made their home near Roseland.  They lived in Prinsburg, Renville & Willmar.  After Nick died in 2014, she eventually moved back to Renville in 2018 and finally into the Renvilla Nursing Home in August of 2019.

Lilah volunteered on many community activities with Nick.  She was a member of Emden Christian Reformed Church where she was a Sunday School Teacher, member of the mixed choir, Ladies Aid, Girls Society, helped with Meals on Wheels and worked at the Thrift Store.  She enjoyed gardening, traveling, fishing, sunrises and sunsets at their lake cabin.  Her family loved her baking, especially her homemade buns and “yuk” bars.  Spending time with her family, grandchildren and great grandchildren was always her favorite thing to do.  Lilah will be forever remembered for her amazing smiles and her loving hugs and kisses.

To order memorial trees or send flowers to the family in memory of Lilah Kleinhuizen, please visit our flower store.