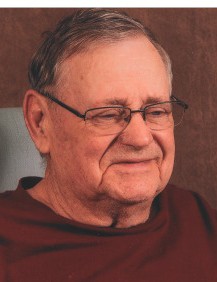 Kermit Ardell Gimse, age 79, of Willmar, passed away on Tuesday morning March 30, at Unity Hospital in Fridley from complications due to Alzheimer’s and diabetes.

A celebration of life will be held at 2:00 p.m. on Saturday April 3, at Peterson Brothers Funeral Home in Willmar.  Visitation will be one hour prior to the service. Internment will be held at Nannested Cemetery near Pennock at a later date.

Kermit was the oldest son born to Floyd and Violet (Myhre) Gimse in Kerkhoven, Minnesota on March 4, 1942. He was raised on a farm in Hayes Township in Swift County. He received his education at a country school and at Kerkhoven High School.

Kermit loved to drive. He drove gravel truck for Duinnick Brothers, taxi for Willmar Taxi, charter bus for Willmar Bus and Peterson Bus and then Prentice Gravel. He retired in 2004.

He loved to deer hunt especially with his son-in-law and his grandsons.  He also enjoyed riding his motorcycle, camping and coaching softball.

He was preceded in death by his parents; his wife, Gloria; two sisters, Harriet Ruis and LuAnn Holtz, two brothers, Arlyn and Mark; and a son-in-law, Bill Grant.

To order memorial trees or send flowers to the family in memory of Kermit Gimse, please visit our flower store.