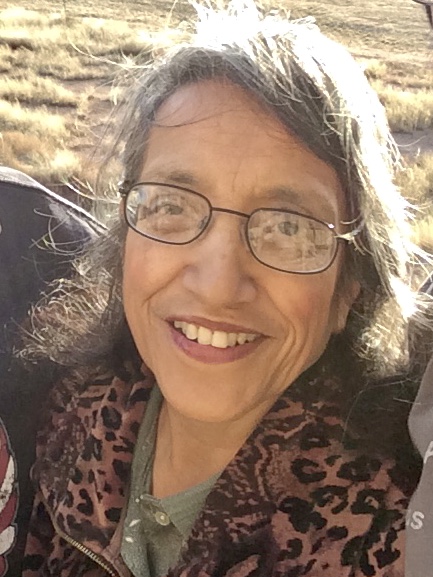 Josephine L. Tyson, age 67, of Willmar, passed away Friday, May 8, at her residence in Willmar while under hospice care.

A Celebration of Life Service will be held at a later date.  Arrangements are with Peterson Brothers Funeral Home in Willmar.  www.petersonbrothers.com

Josephine Luna (Soto) Tyson was born on September 11, 1952, in Gothenburg, NE to Benita and Joe Soto.  She was the fourth of six children in her family.  She graduated from Grand Island High School in 1970 and continued her education for a career in nursing.

Josephine was married to Tim Tyson, on September 13, 1980, in Grand Island, NE having three children together.  She and her family moved to the Willmar area in 1989 where Josephine began her 16-year career at Presbyterian Family Foundation.  In 2011, she and her husband moved to southern Arizona to enjoy their retirement.  After her husband had passed, she moved back to Willmar to be reunited with her daughter and grandchildren in 2019.

Josephine enjoyed sewing, crocheting hats, scarves and blankets for her friends and family members, being involved with her local Four-Square church, as well as making arts and crafts with other members within her senior community.  Josephine absolutely loved children and teaching them about the love of Jesus.

She is survived by her three children, Tracijo and Travis Kraus, Timothy, and Jason, as well as her four grandchildren, Maria, Adrienne, Noah and Otto.

To order memorial trees or send flowers to the family in memory of Josephine Tyson, please visit our flower store.