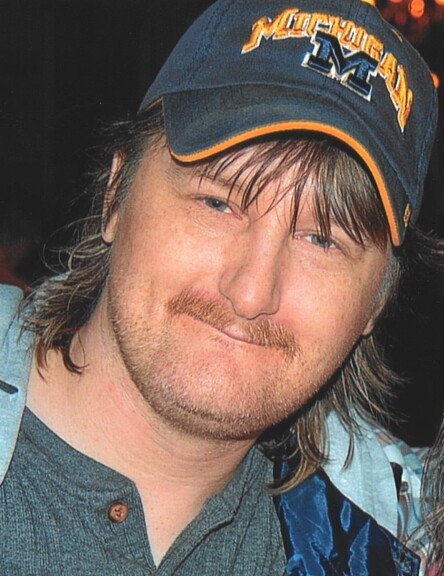 A celebration of life service will be held at 2:00 p.m. on Wednesday, Oct. 27, at Peterson Brothers Funeral Home in Willmar.  Visitation will be one hour prior to the service.  www.petersonbrothers.com

Jon Scott Thronson was born on Sept. 17, 1969, in Marshall, Minnesota, the son of Lowell Johnson and Linda Ost.  He grew up and received his education in Alexandria.  Jon was employed as a laborer in manufacturing plastics in Alexandria.  On April 27, 1994, Jon was united in marriage to Cindy Johannessen and they made their home in Willmar.  He was employed Leader's Manufacturing and recently at the Good Will Store in Willmar.

Jon enjoyed spending time with Cindy, his wife, watching favorite movies together and taking walks each day. Jon loved to fish and listen to music. He had always been interested in archery, and had joined a club locally near his residence. He had recently purchased a compound bow and had begun to practice with it. Jon also had an interest in Stephen King novels. He looked forward to visits with family and friends, who will miss him dearly.

He is survived by his wife, Cindy of Willmar; his mother Linda Ost of Montevideo and a brother-in-law, Toby Johannessen of Benson, besides other relatives and friends.

He was preceded in death by his father and grandparents.

To order memorial trees or send flowers to the family in memory of Jon Thronson, please visit our flower store.