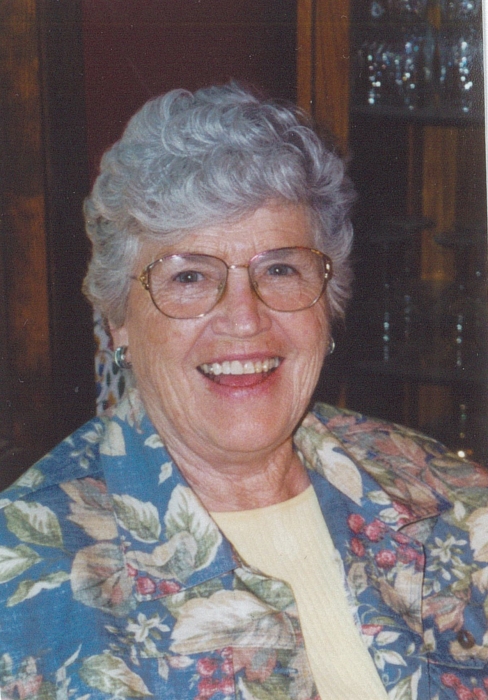 Helen Jeanne Landgren was born August 16, 1922, in Slater, Iowa, to Rudolph and Mabel (Skortman) Swanson.  She attended country school and later Johnston High School in Johnston , Iowa, where she was a star basketball player.  After graduating high school in 1940, she worked as a secretary at Pioneer Seed.  On January 4, 1946, she married William C. Landgren and they made their home in Johnston.  They later lived in Princeton, Indiana and Olivia, Minnesota before moving to Willmar, Minnesota in 1950.

Helen was a member of Bethel Lutheran Church and Home Extension.  She enjoyed riding bicycle, Twins baseball, and traveling overseas and across the U.S.  She also was a published author and wrote many articles for the West Central Tribune.

She is survived by her six children: Bill (and Trudy) Landgren of Edina, MN, Susan (and Bill) Stone of Currie, MN, Nancy (and Gary) Hoffman of Battle Lake, MN, Steve (and Lynn) Landgren of Prior Lake, MN, Tom (and Louise) Landgren of Oakdale, MN, and Mary (and Mark) Dahl of Golden Valley, MN; fourteen grandchildren; eight great-grandchildren; a sister-in-law: Cathleen Swanson of Anthem, AZ; and other relatives and friends.

She was preceded in death by her parents; her husband: William in 1998; two brothers: Durwood Swanson and Cleo “Red” Swanson; and a sister: Margaret Pennington.

To order memorial trees or send flowers to the family in memory of Jeanne Landgren, please visit our flower store.