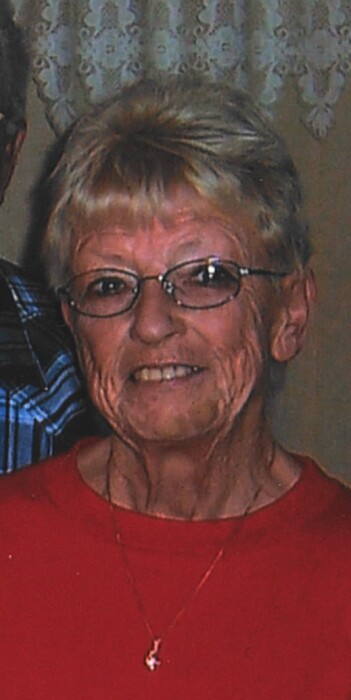 Funeral services will be held at 10:30 a.m. on Friday, Sept. 11, at the Svea Evangelical Lutheran Church.  Interment will be in the church cemetery.  Visitation will be one hour prior to the service at the church.  Arrangements are with the Peterson Brothers Funeral Home.  www.petersonbrothers.com

Jean Ann Feifarek was born on December 23, 1942, in Wagner, South Dakota, the daughter of Rolland and Beatrice (Pesicka) Pol.  At a young age, Jean’s father died and her mother was later remarried to Merle Sigfred.  She grew up on a farm near Delhi, Minnesota and received her education in Belview.  On August 27, 1960, Jean was united in marriage to Dennis Ludwig Feifarek.  They made their home in St. Paul and Jean worked as a homemaker.  In 1964, they moved to Blomkest and she worked as a waitress at Harry’s Corner.  Jean later worked alongside her husband at Duininck Brothers Construction as a flagger and pilot car driver.  She was a longtime member of Svea Lutheran Church and was active in women’s circle.  Jean loved being outside caring for her flower gardens and doing yardwork.  She also enjoyed crafts and reading.

She is survived by her loving husband of over 60 years, Dennis of Blomkest; two sons, Randy (and Shelly) Feifarek of Renville and Scott Feifarek of Wasilla, Alaska; two grandchildren, Cody Feifarek (and special friend, Tara Matthiesen) of Clearwater and Jenna Feifarek (and fiancé, Jacob Portz) of Elkton, South Dakota; and two sisters, Irma Penske of Denver, Colorado and Barb (and Terry) Twedt Forest Lake, besides other relatives and friends.

She was preceded in death by her parents and one sister, Carol.

To order memorial trees or send flowers to the family in memory of Jean Feifarek, please visit our flower store.