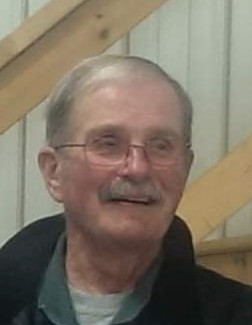 A Celebration of Life will be held from 1-4 p.m. on Friday, March 13, at the Spicer American Legion in Spicer.  Arrangements are with the Peterson Brothers Atwater Funeral Home.  www.petersonbrothers.com

James “Jim” Arndt Mueller was born on March 17, 1945, in Graceville, Minnesota, the son of Rueben and Hilda (Hansen) Mueller.  He grew up in Ortonville and graduated from Ortonville High School in 1963.  Jim began working at Texaco (the family business) in Ortonville.  On December 11, 1965, Jim was married to Cheryl “Chery” Sather.  They lived in Minneapolis where he was employed at Honeywell.  In 1971, they moved to Litchfield and Jim was employed at Fingerhut.  In October of 1976, they moved to Winona and he worked for Lake Center Industries.  In 1978, they moved to Atwater.  Jim managed Tom Thumb in Atwater and Bonkers in Willmar for many years.  He most recently was employed as a janitor for the Atwater School District and as a stockman at CashWise Foods in Willmar, retiring in 2010.  Jim served in the Minnesota National Guards for over 27 years and was a volunteer with the Atwater Fire Dept. and E.M.T. services for over 20 years.  He enjoyed golfing, hunting, fishing and waterskiing.  He was an avid sports fan, especially of the Minnesota Twins, Vikings and Wild.  He also enjoyed attending all his grandchildren's activities.

He is survived by his loving wife, Chery of Atwater; three children, Patty Savelkoul (and fiancé, Mark Schmidt) of Paynesville, Joel Mueller of Chanhassen and Heather Mueller of Spicer; six grandchildren, Kyle (and Cassie) Savelkoul, Brett (and Paige) Savelkoul, Aaron Savelkoul (and special friend, Emily), Savanna Mueller, Sydnney Mueller and Amber Mueller; and five great grandchildren, Kennedie, Drake and Allie Savelkoul and Cash and Piper Savelkoul.  Also surviving are two sisters, Sandy (and Bill) Parkila of L’Anse, MI., and Kathy (and Roger) Holman of Chisholm; and one brother, Rick (and Debbie) Mueller of Apple Valley, besides other relatives and many friends.

To order memorial trees or send flowers to the family in memory of James "Jim" Mueller, please visit our flower store.