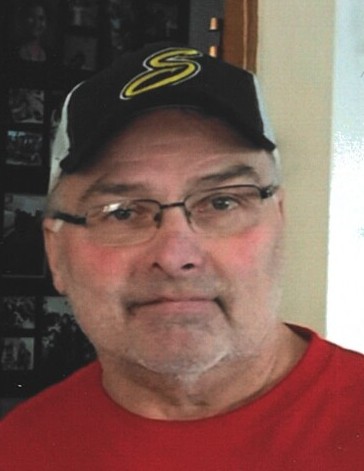 A celebration of life service will be held at a later date and announced by the family via social media and personal contact.  Arrangements are with Peterson Brothers Funeral Home.  www.petersonbrothers.com

James Lee Sirovy was born on October 11, 1957, in Jackson, Minnesota, the son of Otto and Mary (Casto) Sirovy.  He grew up in Jackson and graduated from Jackson High School in 1977.  On November 25, 1978, James was united in marriage to Kathleen Ann Dunn.  They made their home in Worthington, Spicer, and then Kandiyohi.  James was employed as a shop technician at Tires Plus from approximately 1998-2012.  He enjoyed camping, sports, cars/car shows, going on cruise vacations with family and friends, and spending time with his grandchildren and pets.

He is survived by his wife, Kathy; two daughters, Shareen (and Jeremiah) Haas of Litchfield, and Melissa Kuperus of St. Paul; four grandchildren, Viola Haas, Xaviera, Mekhi, and Thiago Elmore of Willmar and Moorhead; four sisters, Vicki Kuperus of Kandiyohi, Sandy (and Doug) Williams of Willmar, Linda (and Bob) Isebrand of Dolliver, IA., and Sherry Arkell of Willmar; two brothers, Mike (and Jan) Sirovy of Chaska, and Pat (and Vicky) Sirovy of Prior Lake; besides many nieces and nephews, other relatives, and friends.

He was preceded in death by his parents; one sister, Lori; one brother, Gary; one niece, Jackie, and one nephew, Dougie.

To order memorial trees or send flowers to the family in memory of James Sirovy, please visit our flower store.