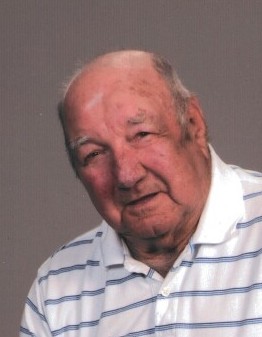 A public graveside service will be held at 3:00 p.m. on Saturday, Oct. 10, at Trinity Lutheran Cemetery in Brooten.  There is no reviewal or visitation.  Arrangements are with Peterson Brothers Green Lake Funeral Home in Spicer.  www.petersonbrothers.com

Harold LeRoy Skaalrud was born on October 4, 1933, in Brooten, Minnesota, the son of Alfred and Ruth (Ellingson) Skaalrud.  He grew up in Brooten, was baptized and confirmed at Trinity Lutheran Church and graduated from Brooten High School in 1951.  Harold was married to JoAnn Virginia Justi on June 28, 1969, and they made their home in New Hope.  Harold was employed for over 30 years as a custodian and bus driver for the Robbinsdale School District.  In 1994, he retired and they moved to Spicer.  Harold enjoyed golfing, fishing, woodworking and spending afternoons at the Spicer Legion playing cards with the guys.

He is survived by his wife of 51 years, JoAnn Skaalrud of Spicer; besides many other relatives and friends.

He was preceded in death by his parents; three sisters, Jane, Irene and Alvira and one brother, LeMoine.

To order memorial trees or send flowers to the family in memory of Harold Skaalrud, please visit our flower store.