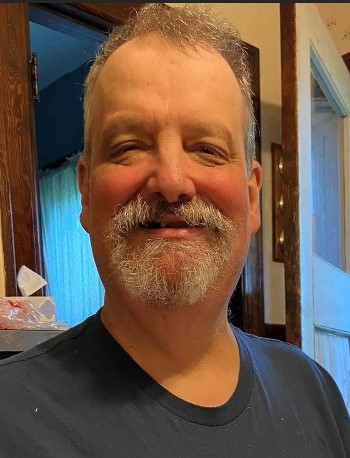 Funeral services will be held at 11 a.m. on Thursday, August 5, at Immanuel Lutheran Church in Atwater.  Visitation will be from 5-7 p.m. on Wednesday, August 4, at the Peterson Brothers Atwater Funeral Home and will continue for one hour prior to the service at the church.  Arrangements are with the Peterson Brothers Atwater Funeral Home.  www.petersonbrothers.com

Gregory Earl Swenson was born on July 30, 1961, in Willmar, Minnesota, the son of Walter and Aldys (Weispfennig) Swenson.  He grew up on a farm near Atwater, attended country grade school and graduated from Atwater High School in 1980.  On August 8, 1992, Greg was united in marriage to Kathleen Claire Meyer.  They made their home on the family farm south of Atwater.  He worked hard as a dairy farmer most of his life.  In the fall of 2001, he began employment at Hanson Silo Company.  Since 2015, Greg has been employed at Cash Wise Foods in Willmar as Assistant Manager as a night stockman.  He was a life member of Atwater United Methodist Church and was active in 4-H and FFA in his younger years.  Greg enjoyed hunting, fishing, bowling, playing in the men's church softball league and teasing his friends and family.

He was preceded in death by his parents and a brother-in-law, Kevin Flettre.

To order memorial trees or send flowers to the family in memory of Gregory Swenson, please visit our flower store.