Grace Berg, age 99 of Atwater passed away on Monday, March 14, one month short of her 100th birthday. Grace had been a resident of Carris Health Care Center in Willmar for the past four years.

A celebration of life service will be held at 11:00 a.m. on Friday, June 17, at the Atwater United Methodist Church.  Visitation will be one hour prior to the service.  Interment will be at Union Cemetery.  In lieu of flowers, memorials may be directed to the Atwater Area Help for Seniors, the local organization that was so helpful to Grace during her last years in Atwater.  Arrangements are entrusted to the Peterson Brothers Atwater Funeral Home.  www.petersonbrothers.com

Grace Evangeline Holmgren was born on April 14, 1922, to Frank and Sophy Holmgren on the family farm near Rosendale, MN. She was the eleventh of 12 children. As it was for many of her generation, her early years were challenging during the Depression, especially with the death of her father in 1925.

Grace attended country school in the Rosendale area, and then graduated from Litchfield High School in 1939. She met Leslie “Duke” Berg while working at a café in Atwater, and they were married in 1942. Duke’s work and business pursuits took them to Arizona and California in the 40s, back to Minnesota to build and run a lake resort near Dassel in the 50s, and then to Atwater in 1959 to start the 4Bs Drive Inn. Grace was the cook and got to know many local high school girls who worked as carhops and cooks in the 60s. The 4Bs, with their secret chicken recipe, was the popular place to go for “fine dining” in Atwater back in the day.

Due to Duke’s health, they sold the Drive Inn in 1972. Grace worked at Atwater Drug Store for the next few years and volunteered at the Kandiyohi County Day Activity Center. Duke passed away in 1979, and Grace continued to live in Atwater until moving into Carris Health Care in 2017.

Grace was well-read, had a good sense of humor, and enjoyed visiting with friends and relatives alike. She often traveled to see her children and grandchildren in Moorhead, Aberdeen, Fargo and eventually the Twin Cities, making the drive even into her 80s. Her grandson Paul would tease her and ask how many speeding tickets she got on the way. “None that I stopped for,” she replied.

Between Grace and Duke’s siblings and their spouses, there were 35 people in that generation of the Berg and Holmgren families. Grace was the last one remaining of that “greatest generation.”

A tribute to the wonderful team at Carris Health Care Center. They genuinely cared for mom and treated her so well in her final years.

To plant memorial trees or send flowers to the family in memory of Grace Berg, please visit our flower store.

All of my Berg memories involved all my Great-Aunts. Especially Great-Aunt Grace. Someone shared Photos and I was happy to see my mom in one with a lot of the Aunts I remember. My mom JoAnn talked fondly of all of them. Us cousins will carry on the memories!! My mom was an only child but all her aunts, uncles and cousins treated her as a sibling. She always held that very close to heart.

I was one of the privileged high school girls to both cook and carhop for Grace and Duke. I made MANY batches of the chicken batter used to prepare the famous deep fried chicken that made the 4B\'s famous for miles around. Grace swore me to secrecy on that recipe and I have honored that request. I admit I made it a few times myself over the years, but it never was as good as how it turned out at the drive in. I think Grace would be ok with me sharing it now. 😍 I am withholding one secret ingredient used in preparing the chicken for the batter however. Grace was a wonderful friend for the rest of my life years after being her employee. 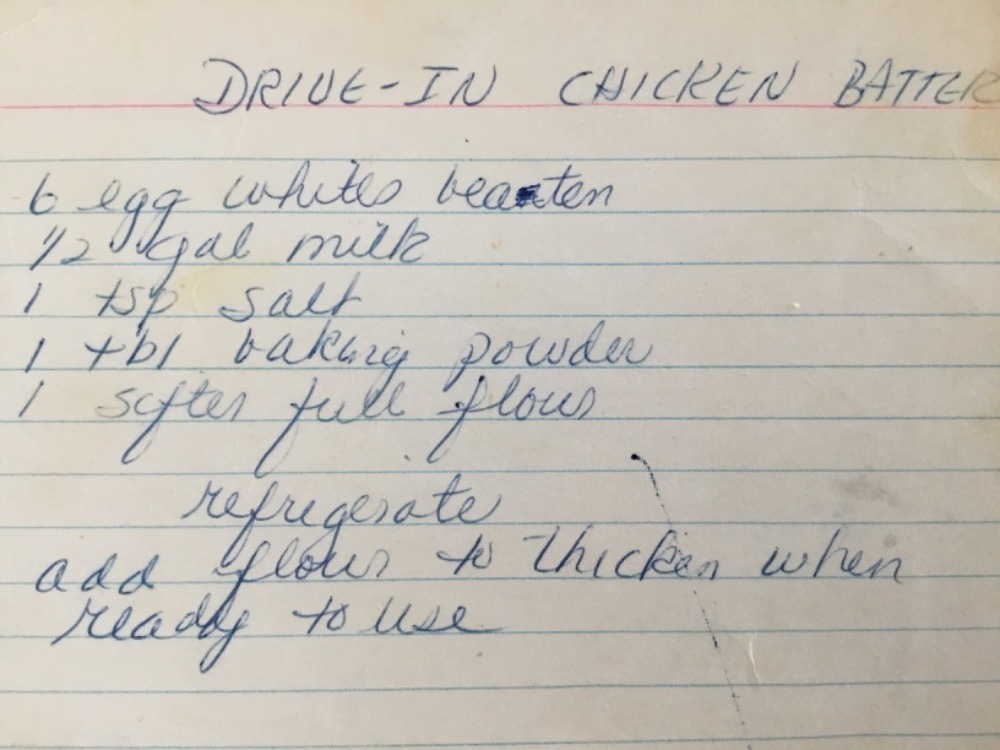 So sorry to hear of your Mom's passing, Tom and Al. Sending my condolences. 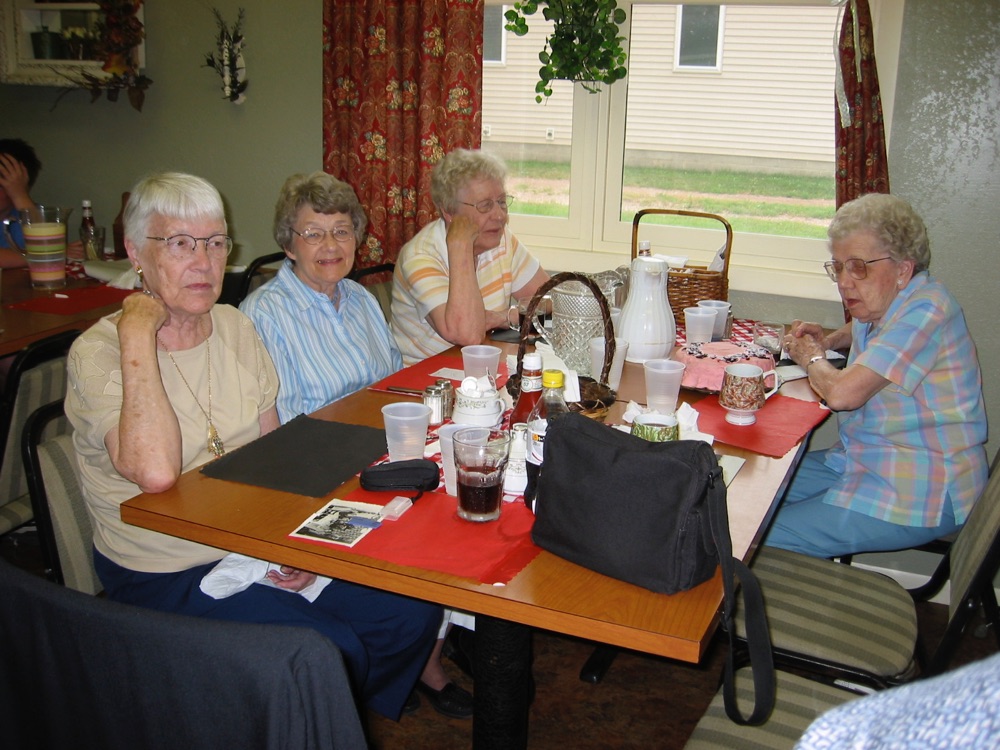 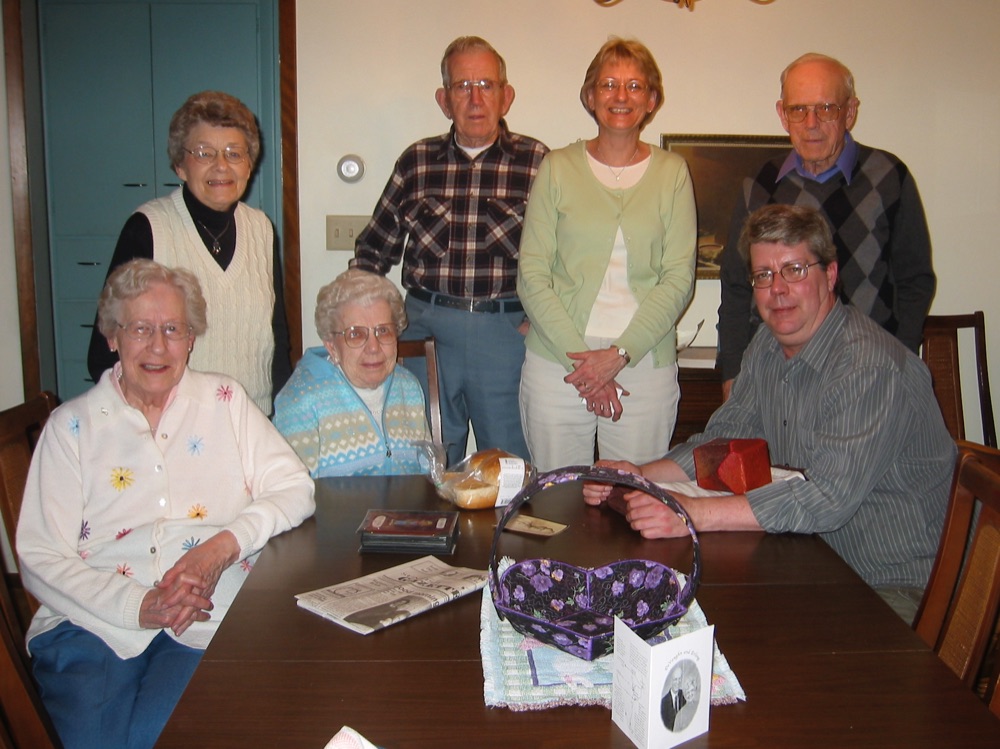 A candle was lit in memory of Grace Berg