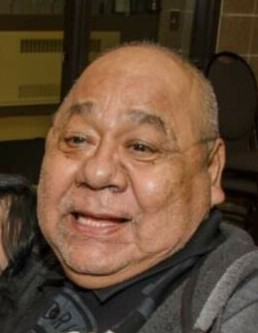 A Celebration of Life service will be held at 12 noon on Saturday, June 26, at the Hawick United Methodist Church in Hawick.  Arrangements are with Peterson Brothers Funeral Home.  www.petersonbrothers.com

Gilberto G. Lopez was born on July 24, 1947, in Weslaco, Texas, the son of Theodore and Tomasa (Gonzalez) Lopez.  He grew up and received his education in Weslaco.  On May 4, 1969, he was united in marriage to Josefine Rivera.  They made their home in Holland, Michigan where he worked for in the food processing industry.   In 1980, they moved to Willmar and Gilberto became employed as a custodian for the Willmar Public Schools, retiring in 2000.  Gilberto enjoyed fishing, hunting and just being outdoors with family and friends.

He is survived by his loving wife, Josefina of Willmar; three children, Esther (and David) Pacheco of Little falls, Estella Lopez of Willmar and Gilberto (and Jennifer) Lopez Jr. of Pennock; five grandchildren, Maricela, Latoya, Angel (and Jessica) Pacheco and Autumn and Noah Lopez and one great granddaughter, Alessia Pacheco.  Also surviving are many siblings, nieces, nephews, other relatives and friends.

He was preceded in death by his parents; three brothers and one sister.

To order memorial trees or send flowers to the family in memory of Gilberto Lopez, please visit our flower store.