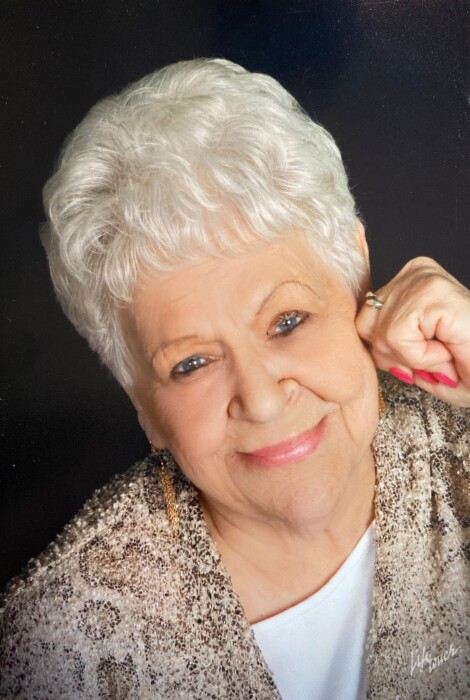 Gervaise Sjoberg, age 84, of Omaha, NE., and formerly of Willmar, passed away Sunday morning, July 19, at her residence in Omaha.

Funeral services will be held at 10:30 a.m. on Monday, July 27, at Calvary Lutheran Church in Willmar.  Interment will be at Fairview Cemetery.  Visitation will be from 6-8 p.m. on Sunday, July 26, at Peterson Brothers Funeral Home in Willmar.  www.petersonbrothers.com

Gervaise Sjoberg was born on November 2, 1935, in Willmar, Minnesota, the daughter of Otto and Ethel (Bjork) Norbie.  She grew up in Willmar, was baptized and confirmed at Calvary Lutheran Church and graduated from Willmar High School.  Gervaise was married to Reuben Sjoberg and they made their home in Willmar.  She worked as a waitress for many years at the Fireside Night Club and Westwood Inn.  She later became a Human Service Technician and worked at the Green Lake Manor and REM.  Gervaise was a life member of Calvary Lutheran Church.

Gervaise cherished spending time with her family and watching her grand, great grand, and her great great grandkids grow. She enjoyed big family gatherings, hosting the annual family reunion at Games Lake and looked forward to family vacations.  She always loved sitting in the sun and talking with her kids. She had the biggest caring heart for those who were in need.  Gervaise looked forward to having all the grandkids stop by to get candy bags at Halloween time and her generous gifts at Christmas.  She loved her morning coffee, making homemade donuts, Friday night dinners and weekly lunch dates with her loved ones. Gervaise was a remarkable woman who lived a beautiful life. She will be greatly missed by many.

She was preceded in death by her parents; her husband, Reuben in 2009; one daughter, Susan Sjoberg in 2010; one grandson, Troy Nielsen in 2017; and two sisters, Griselda and Audrey.

To order memorial trees or send flowers to the family in memory of Gervaise Sjoberg, please visit our flower store.