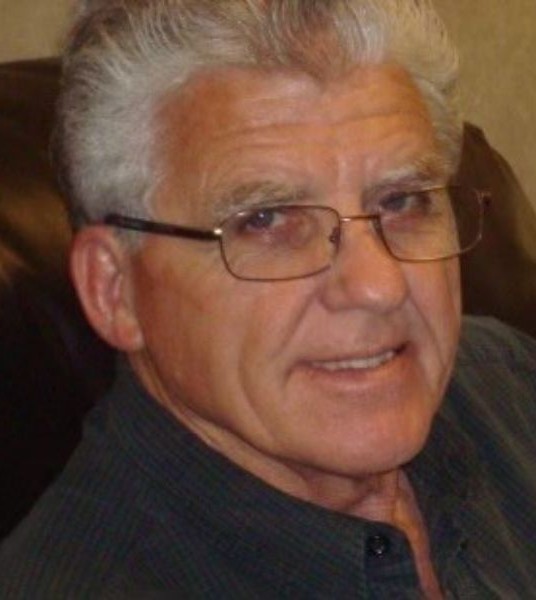 Erv Kallstrom, age 77, of Willmar and formerly of Kerkhoven, passed away Friday afternoon, Jan. 28, at Bethesda Grand in Willmar.

Funeral services will be held at 1 p.m. on Friday, Feb. 4, at the Salem Covenant Church near Pennock.  Visitation will be from 5-7 p.m. on Thursday, Feb. 3, at Peterson Brothers Funeral Home in Willmar and will continue for one hour prior to the service at the church.  Interment with military honors will be later this spring in the Salem Covenant Church Cemetery.  Arrangements are entrusted to the Peterson Brothers Funeral Home in Willmar.  www.petersonbrothers.com

Ervin (Erv) Ralph Kallstrom was born on October 23, 1944 in Graceville, Minnesota, the son of Ralph and Pearl (Sams) Kallstrom.  He grew up in Roberts County, South Dakota where he attended North Bryant country school through the 8th grade.

He then started attending Browns Valley High School and graduated in 1963.  During high school, Erv enjoyed football, wrestling and track.  He qualified for state tournaments in wrestling (2 years) and track.  He was State Wrestling Champion in 1963.

Upon graduation, he attended North Dakota State School of Science in Wahpeton, North Dakota.  After one year, he transferred to Bemidji State University where he pursued his passion to become a teacher of Industrial Arts.  In 1966, he was drafted into the United States Army.  He was honorably discharged in 1968.  He then returned to Bemidji State University and graduated in 1970.

Erv became a teacher and coach at Hancock High School in Hancock, Minnesota; Warren High School in Warren, Minnesota; and KMS High School in Kerkhoven, Minnesota.  Erv was an active member of each community’s American Legion Post, Lion's Club and church.  He enjoyed doing carpentry work and building houses some of which were for Habitat for Humanity.  He also liked being available to help people.

Erv was united in marriage to Catherine (Cathie) Deyo on December 27, 1966 at the First Presbyterian Church in Browns Valley, Minnesota.  This union was blessed with 3 sons.

Erv is survived by his wife, Cathie Kallstrom of Willmar; three sons, Todd (and Jenny) Kallstrom of Detroit Lakes; Bret Kallstrom of Fort Lauderdale, FL. and Chad (and Rochelle) Kallstrom of Kerkhoven; eight grandchildren and one great-grandchild.  Also surviving are two sisters, Janice Thompson of Sioux Falls, SD. and Linda Kallstrom of Rapid City, SD.; Brothers: Ronald (and Mary) Kallstrom of Sauk Centre, Calvin Kallstrom of Tucson, AZ., Dennis (and Muriel) Kallstrom of Rosholt, SD., and David (and Helen) Kallstrom of Cataldo, ID., besides other relatives and many friends..

Erv was preceded in death by his parents; his brother, Roger Kallstrom; and his brother-in-law, Bob Thompson.

To order memorial trees or send flowers to the family in memory of Ervin "Erv" Ralph Kallstrom, please visit our flower store.