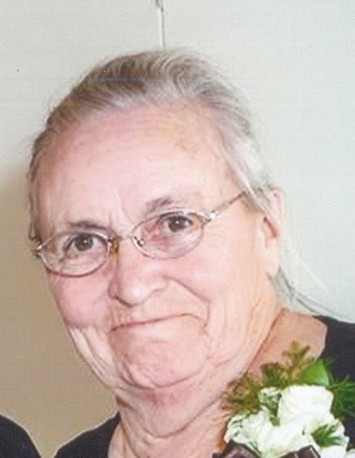 Funeral services will be held at 11:00 a.m. on Monday, Jan. 20, at Mamrelund Lutheran Church in Pennock.  Interment will be at Fairview Cemetery in Willmar.  Visitation will be from 2-4 p.m. on Sunday, Jan 19, at Peterson Brothers Funeral Home in Willmar and will continue for one hour prior to the service at the church.  www.petersonbrothers.com

Elizabeth Marie Zwart was born on March 19, 1939, in Lake Park, Minnesota, the daughter of Emil and Isabel (Lewis) Carlson.  She grew up and received her education in Willmar.  In 1957, Elizabeth was married to Fred Zwart and they made their home in the Pennock community.  She worked in the excavating business driving a gravel truck and later became a homemaker, raising her children and grandchildren.  In her younger years, she was in Girl Guards and in later years was honored to be the Grand Marshall for Pennock Fun Days.  Elizabeth enjoyed baking bread, peanut butter cookies and making lemon meringue pie.  She also enjoyed gardening, caring for her plants and going on walks.  Elizabeth will be remembered for offering everyone a lemon drop and sewing many mittens which she donated to the Salvation Army.

She is survived by her children, Joy (and Jerome) Wilhelmi of Austin, TX., Vicky (and Doug) Thompson of Pennock and DeWayne (and Tena) Zwart of Round Rock, TX.; six grandchildren, Jami Hamstad, Shannon Fragodt, Dalton Zwart, Vanessa Hughes, Andrew Wilhelmi and Melissa Thorpe and ten great grandchildren, Kenadie, Addysen, Avah and Taden Hamstad, Kasen and Kash Fragodt, Svea and Finn Hughes and Shelby and Kylie Standahl.  Also surviving is one brother, Herbert (and Diane) Carlson of Wahpeton, ND., and one sister, Gwen (and Cliff) Mae of Pondsford, besides other relatives and friends.

She was preceded in death by her parents; one son, James Zwart and two sisters, Jeanette Longtine and Jane Bauman.

Click to download / open
To order memorial trees or send flowers to the family in memory of Elizabeth Zwart, please visit our flower store.