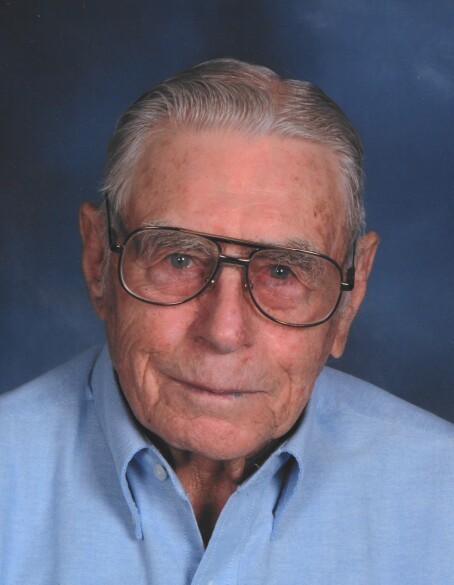 Funeral services will be held at 10:30 a.m. on Saturday, October 2, at Ebenezer Lutheran Church in Kandiyohi.  Interment will be at the Lake Lillian Community Cemetery.  Military honors will be provided by the Willmar American Legion Post #167.  Visitation will be one hour prior to the service at the church.  Arrangements are with Peterson Brothers Funeral Home.  www.petersonbrothers.com

Edward “Ed” John Preslicka was born on July 4, 1922, in Lucas, South Dakota, the son of Henry and Emma (Hlavac) Preslicka.  He grew up and received his education in the Lake Lillian community and served from 1942 to 1946 in the U.S. Navy during WW II.  On November 5, 1947, in Winner, South Dakota, Ed was united in marriage to Evelyn Marie Frank.  They lived and farmed near Lake Lillian.  In 1958, Ed began employment at Hanson Silo as a truck driver, retiring in 1988.  He was a member of Ebenezer Lutheran Church and the American Legion Post.  Ed enjoyed gardening, fishing, hunting, classic automobiles and collecting John Deere tractors.

He is survived by three children, Gayle (and Frank) Heipel of Casa Grande, AZ., Ronald Preslicka of Lake Lillian and Steve Preslicka of Franklin; three grandchildren, Eric, Rory and Daisha and five great grandchildren, Edie, Penny, Mary, Charlie and Danica.  Also surviving is one sister, LeNore Turner of Black Canyon City, AZ., besides many other relatives.

He was preceded in death by his wife, Evelyn in 2009; one son, Edward Jr.; one brother, Henry and four sisters, Gladys, Elsie, Evelyn and Ellen.

To order memorial trees or send flowers to the family in memory of Edward "Ed" Preslicka, please visit our flower store.