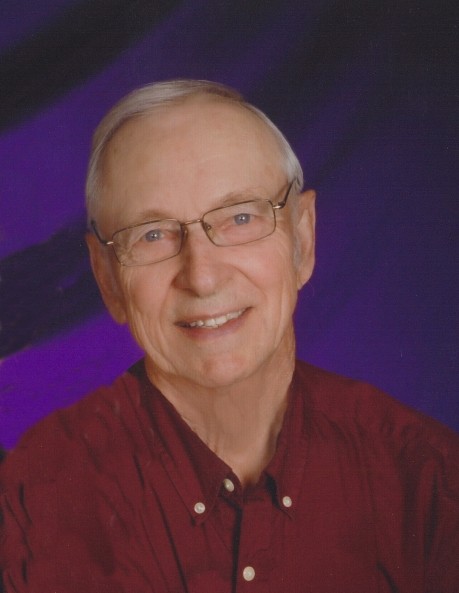 A Celebration of Life Service will be held at 1:30 p.m. on Thursday, November 8, at Calvary Lutheran Church in Willmar.  Interment will be in the church cemetery.  Military honors will be provided by the Willmar American Legion Post #167.  Visitation will be from 5-7 p.m. on Wednesday, Nov. 7, at Peterson Brothers Funeral Home and will continue for one hour prior to the service at the church.  www.petersonbrothers.com

Doyle Stanley Eekhoff was born June 26, 1934, in Clara City, Minnesota, the son of Theodore and Grace (Becker) Eekhoff.  He grew up in the Gluek community and graduated from Maynard High School in 1953.  He worked as a plumber and leased a filling station in Montevideo that he ran until being drafted into the U.S. Army in 1956.  Doyle was stationed in Guam and was discharged in 1959.  In 1959, he married Patricia Jordahl and they made their home in Willmar, where Doyle worked for Lundquist Plumbing.  On July 25, 1970, he married Carol Heck in Minneapolis.  Doyle was a founding partner in Willmar Plumbing and Heating and worked as a master plumber.  He later owned and operated Doyle's Plumbing and Heating until his retirement in March 1997.

He was a member of Calvary Lutheran Church and American Legion Post 167 in Willmar.  He was also a member of the Willmar Rifle and Pistol Club, the National Rifle Association, Ducks Unlimited, the North American Hunting Club and a life member of the Rocky Mountain Elk Foundation.  Doyle enjoyed hunting, fishing, camping, traveling, and restoring rifles and pistols along with various other projects.

He is survived by two children: Brian (and Rosanne) Eekhoff of Melrose, MN and Dawn Paar of Midlothian, VA; four grandchildren, Justin, Kerstin, Ben, and Samantha; and one great-grandson, Bradley.  He is also survived by one brother, Loyis (and Buelah) Eekhoff of Renville; one sister, Marjaret Dean of Willmar; besides other relatives and friends.

He was preceded in death by his parents; his wife, Carol on August 9, 2018; five brothers, Henry, Fred, Bill, Peter, and Elroy; and three sisters, Helen Gehrke, Marie Shellenbarger, and  Lucille Eekhoff.

To order memorial trees or send flowers to the family in memory of Doyle Eekhoff, please visit our flower store.