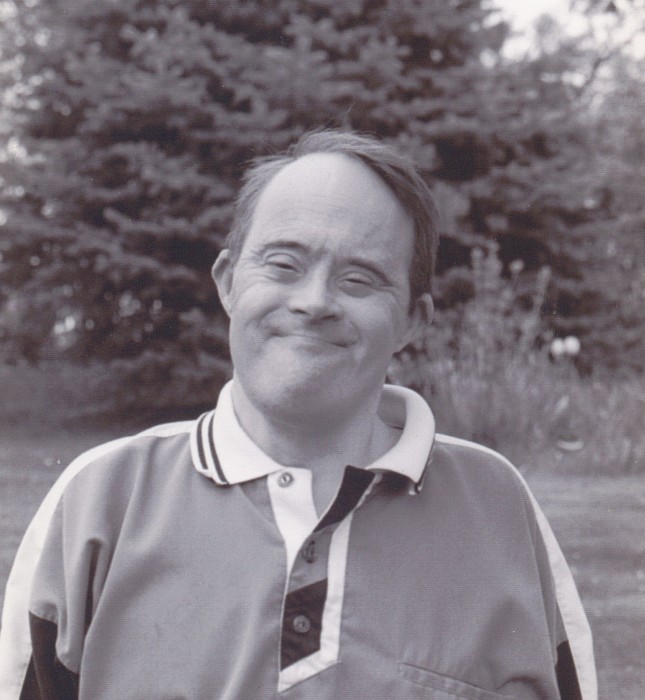 A time of remembrance will be from 5-7 p.m. on Monday, Aug. 26, at Peterson Brothers Funeral Home in Willmar.  A private interment will be at Swedish Mission Cemetery in Buffalo at a later date.  In lieu of flowers, memorials to the Presbyterian Family Foundation or West Central Industries are preferred.  www.petersonbrothers.com

Douglas Allen Brand was born on August 26, 1956, in Minneapolis, Minnesota, the son of Winfield and Muriel (Gerard) Brand.  He grew up in St. Louis Park and received his education at "CSRC", graduating in 1977.  Later that year he moved to Willmar and became a resident of Presbyterian Family Foundation.  Douglas has been employed for many years with West Central Industries.  His hobbies included shopping at Good Will for VHS tapes and watching Minnesota sports teams, especially the Minnesota Vikings.

He is survived by his mother, Muriel of Maple Plain; two brothers, David (and Cindee) Brand of Maple Plain and Dean (and Debbie) Brand of Howard Lake, one niece and seven nephews, besides other relatives and friends.

Click to download / open
To order memorial trees or send flowers to the family in memory of Douglas Brand, please visit our flower store.