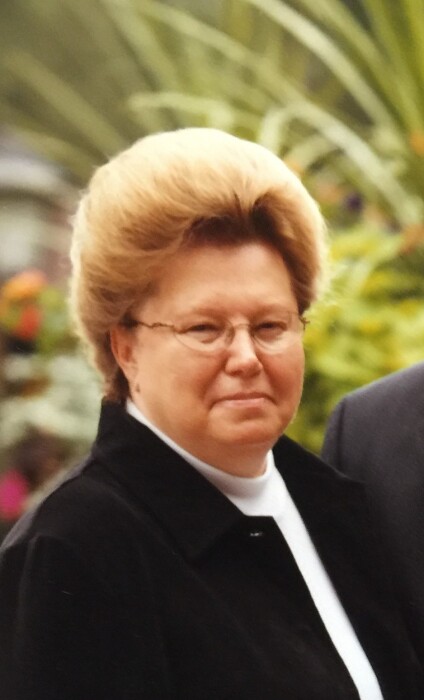 Dorothy Ann Bergh, 78, of Spicer, passed away peacefully Saturday evening, May 30, at the St. Cloud Hospital.

Funeral services will be held at 10:30 a.m. on Thursday, June 4, at the Robbins Island Park (maximum attendance 250 allowed) and will be limited to Dorothy & Jim’s Family members only. Visitation will be one hour prior to the service. Interment will at Cloverleaf Memorial Park Cemetery.  Arrangements are with the Peterson Brothers Funeral Home in Willmar.  www.petersonbrothers.com.

Dorothy Ann Hansen was born April 10, 1942, to Gertrude (Tuin) and Alvin Hansen in Tacoma, WA.  At the age of two, the Hansen family moved to Estelline, SD., where she lived until she graduated high school in 1960.  In November of 1960, she met James “Jim” Bergh when he and a few cousins heard that some young girls were in town. They met and Jim and Dorothy started spending time together and within months they were married on March 25, 1961, with Jim’s brother Lew and Dorothy’s sister Betty in attendance. They resided in Sioux Falls, SD., where they began their family with Mike and Brenda.  They later moved to Minneapolis, MN., where the twins (Kent & Karen) and Kelly were born. They lived in Minneapolis until 1972, where Dorothy was a homemaker. Later they moved to Bruce, SD., to farm, where Lance was born. In 1975, they moved to Willmar, MN and established Bergh’s Fabricating in 1976, where Dorothy worked as the office manager and accountant for the family business. In 1983, they started looking for a place to retire and in 1984, began spending their winters in Surprise, AZ.

Dorothy was preceded in death by her parents, Alvin and Gertie Hansen and a sister, Betty Miller.

Dorothy enjoyed being a homemaker, working at Bergh’s Fabricating and had several hobbies.  She valued her faith throughout her life by following and honoring God. She was the family matriarch that organized every family gathering down to the minute.  She had a heart of gold.  Dorothy loved each member of her family with respect and fairness. She often treated her housekeepers to baked goods and extra pay and her long-time postman to a gift card upon his retirement. As soon as Dorothy was  responsive, after several days of hospitalization, her first concern was to call Jim and make certain he was being taken care of while she was away, and wanted to make sure all of the kids knew that she loved them. She will be dearly missed by each life she touched.

To order memorial trees or send flowers to the family in memory of Dorothy Bergh, please visit our flower store.