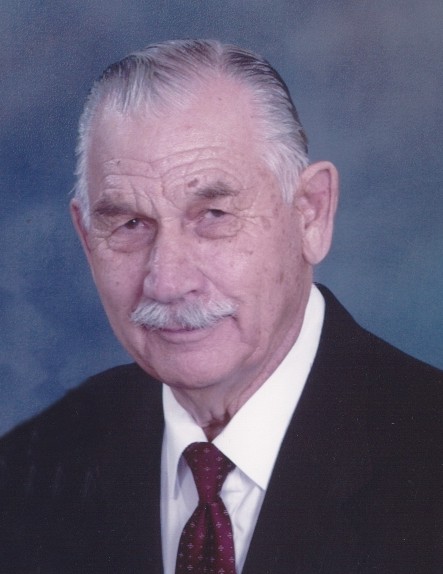 Funeral services will be held at 1:00 p.m. on Friday, December 21, at the First Presbyterian Church in Willmar.  Interment will be at Fairview Cemetery in Willmar with military honors provided by Willmar American Legion Post #167.  Visitation will be two hours prior to the service at the church on Friday.  Arrangements are with Peterson Brothers Funeral Home in Willmar.

Donald Floyd Niece was born January 3, 1926, in Willmar, Minnesota, the son of Floyd and Helen (Lush) Niece.  He grew up and attended school in Willmar and was baptized and confirmed at First Presbyterian Church.  He  began his career working for DeRuyter Brothers Construction.  He served in the U.S. Army in Europe during World War II.  On June 8, 1946, he married Zona Nelson and they made their home in Willmar.  Donald worked for the City of Willmar Public Works Department as a foreman for 38 years, retiring in 1985.

He was a life member of the First Presbyterian Church and member of American Legion Post #167 and V.F.W. Post #1639.  He was also active with Willmar Senior Citizens, the Kandiyohi County Historical Society, the Willmar Rifle and Pistol Club, and the Minnesota Deer Hunters Association, and taught gun safety classes for many years.  He enjoyed playing cards, visiting with his many friends, and the outdoors, especially hunting and fishing.

He was preceded in death by his parents; his wife, Zona in 2015; and a brother, George.

To order memorial trees or send flowers to the family in memory of Donald Niece, please visit our flower store.