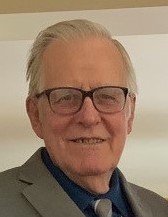 Funeral services will be held at 11 a.m. on Tuesday, Dec. 28, at First Lutheran Church of Norway Lake.  Interment will be at a later date at Cloverleaf Memorial Park Cemetery.  Visitation will be from 5-7 p.m. on Monday, Dec. 27, at Peterson Brothers Funeral Home in Willmar and will continue for one hour prior to the service at the church.  Arrangements are with Peterson Brothers Funeral Home.  www.petersonbrothers.com

Donald Leroy Evenson was born on November 17, 1939, in Sunburg, Minnesota, the son of Melvin and Alma (Spaanum) Evenson.  He grew up and received his education in the New London community and then began working for neighbor farmers.  On March 5, 1959, Don was married to Donna Lee Reigstad.  Don was employed in the construction business while they lived in Minnesota, South Dakota and Wisconsin.  In 1987, they moved to a hobby farm near Belgrade.  He worked for Perkins Lumber building pole barns until a work accident caused him to retire.  Don was a member of First Lutheran Church of Norway Lake, the Sons of Norway, the Lucky Lindy Good Sam's camping club and the Willmar Area Senior Citizens.  His hobbies included hunting, fishing, polka dancing and playing cards.  He enjoyed country music, watching western movies, dressing up in western attire and having coffee with his friends at the Sunray Café.  Don was very proud of his Norwegian heritage.

He is survived by his loving wife, Donna; his four children, Dori Asper of Racine, WI., Denise (and Mark) Roushia of Romeo, MI., Dean (and Tammy) Evenson of Belgrade and Dion (and Michelle) Evenson of Racine, WI.; eleven grandchildren; six great grandchildren; one sister, Phyllis (and Larry) Isaak of Spearfish, SD., one sister-in-law, Beverly Evenson of Spearfish, SD., and one brother-in-law, Dan (and Pauline) Reigstad of Willmar, besides other relatives and friends.

He was preceded in death by his parents and six siblings, Marvin, Blanche, Delores, Eldora, Wayne and Jim.

To order memorial trees or send flowers to the family in memory of Donald Evenson, please visit our flower store.