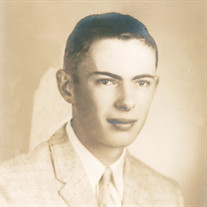 David L. Nephew, age 75 of Raymond, died Sunday morning, May 1, at his home surrounded by family and friends.
A memorial service will be held at 10:30 AM Friday, May 6, at the First United Methodist Church in Raymond. Military Honors will be provide by the Peter Leuze American Legion Post 420 of Raymond. Interment will be in the Fairview Cemetery in Raymond at a later date. Visitation will be from 5-7 P.M. Thursday at Peterson Brothers Funeral Home in Willmar and at the church one hour prior to the service at the church.
David Lew Nephew was born on January 8, 1941, in Granite Falls, Minnesota, the son of Roy and Ruth (Morgan) Nephew. He grew up in Raymond and received his education in the Raymond Public Schools, graduating in 1959. David worked as a truck driver for Pederson and Clough Gravel Company before entering the Army in 1963. After his discharge in 1965, he returned to Raymond area worked for Rambow Farms and later for Pederson and Clough Gravel Company. On April 12, 1969, David was married to Judy Ann Sebring at the First United Methodist Church in Raymond. After Pederson and Clough Company closed, he went to work for the Raymond Public Schools as a maintenance person. David worked there for 27 years until he retired. He was a member of the First United Methodist Church and the Raymond American Legion. He enjoyed working on small engines and snowmobiles and fishing. He loved his family and enjoyed his friends and being around the kids at the school.
David is survived by two sons; James Nephew and special friend Minga of Grand Forks, ND and Timothy (and Amy) Nephew of Fargo, ND. Also surviving are two grandchildren and one sister, Margaret (and Dale) Randt of Villard, besides other relatives and friends.
He was preceded in death by his parents, wife, Judy in 2015, brother, Robert Nephew, sister, Eleanor Nephew, sister-in-law, Karen Sebring, brother-in-law, Darrell Sebring and niece, Jody Belmore.

To order memorial trees or send flowers to the family in memory of David Nephew, please visit our flower store.