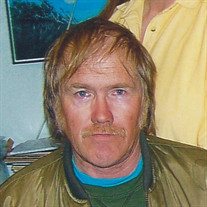 Funeral services will be held at 1:30 p.m. on Tuesday, August 22, at the Sunburg Free Lutheran Church. Interment will be in the church cemetery. Visitation will be from 5-7 p.m. on Monday, August 21, at the Peterson Brothers Sunburg Funeral Hume and will continue for one hour prior to the service at the church. www.petersonbrothers.com

David James Gunderson was born on November 3, 1949, in Benson, Minnesota, the son of Jerome and Gladys (Thompson) Gunderson. He grew up in the Sunburg community, received his education from District #799 School and graduated from Brooten High School in 1967. He began working for Donald Larson, assisting him with beekeeping duties. David later owned and operated his own Apiary. He also enjoyed grafting and budding fruit trees. David was an avid outdoorsman and enjoyed hunting, trapping, ice fishing, trap shooting, nature photography and being a conservationist. He also had a fond love of animals. David was the BEST uncle ever!

He is survived by five siblings; Marlys (and Ronald) Torkelson of Kerkhoven, Janice Hanson of Sunburg, Doreen (and Brian) Syverson of Sedan, Judy (and James) Ellingson of Sunburg and Marge (and Rod) Gronseth of Sunburg; numerous nieces and nephews; grand nieces and grand nephews and two great grand nieces, besides other relatives and friends.

He was preceded death by his parents; four brothers, Joel, Jerome Jr., Wesley and Robert; and one brother-in-law, Leland Hanson.

To order memorial trees or send flowers to the family in memory of David Gunderson, please visit our flower store.