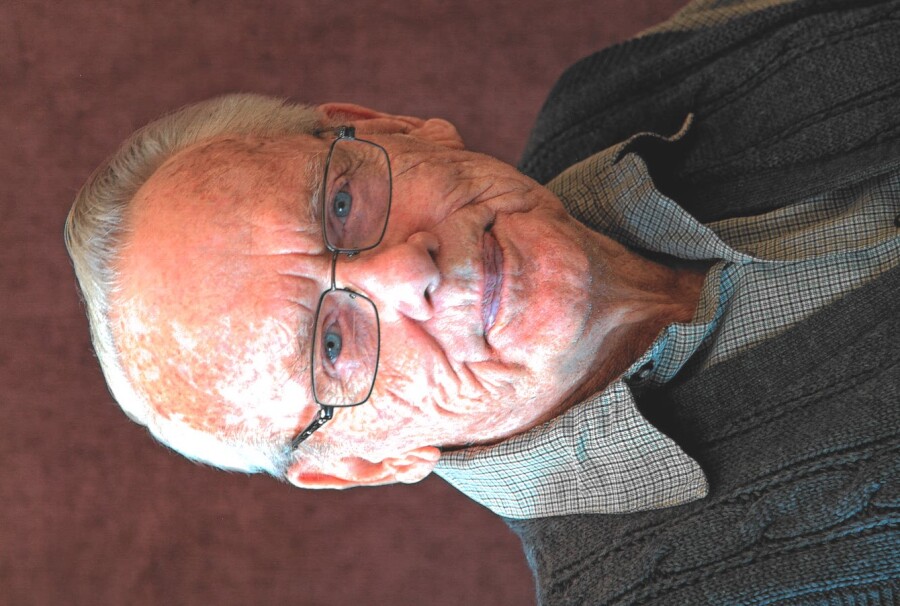 Funeral services will be held at 2:00 p.m. on Friday, Aug. 21, at Calvary Lutheran Church in Willmar.  Interment will be at Burbank Township Cemetery.  Visitation will be from 5-7 p.m. on Thursday, Aug. 20, at Peterson Brothers Funeral Home in Willmar and will continue for one hour prior to the service at the church.  In lieu of flowers, memorials are preferred to the National Ataxia Foundation, 600 Hwy 169 South #1725, Minneapolis, MN  55426 (naf@ataxia.org)  Arrangements by Peterson Brothers Funeral Home.  www.petersonbrothers.com

Darryl Leroy Mortensen was born on November 10, 1933, on the family farm near Darwin, Minnesota, the son of Walter and Evelyn (Brown) Mortensen.  He grew up and received his education in the rural Cosmos community.  He worked on the family farm and drove milk truck.  On July 25, 1953, Darryl was married to Marlis Darlene Schiro.  They lived in the communities of Cosmos, Rosendale and Olivia before moving to Willmar in 1955.  Darryl was employed as a carpenter at Perkins Lumber, Standard Lumber, Grefe Construction and was later self-employed, retiring in 2006.  He participated in building the shelter at Mount Tom in Sibley State Park and the Lions Shelter in Robbins Island in Willmar Darryl was a member of Calvary Lutheran Church and was a Boy Scout Leader of Troop #224 for many years.  He was also an active member of the Willmar Evening Lions Club and the Willmar Sportsman Club.  His hobbies included playing and coaching softball, hunting, fishing, camping, snowmobiling, gardening, racing and demo cars.  Darryl will be best remembered for always helping others in need, his very loud whistle and “NO” was never an acceptable answer.  He was a wonderful and loving husband, father, grandfather and great grandfather.

He was preceded in death by his parents; two sisters, Alice and Edith; two brothers, Carroll and Clifford; and a daughter-in-law, Becky.

To order memorial trees or send flowers to the family in memory of Darryl Mortensen, please visit our flower store.