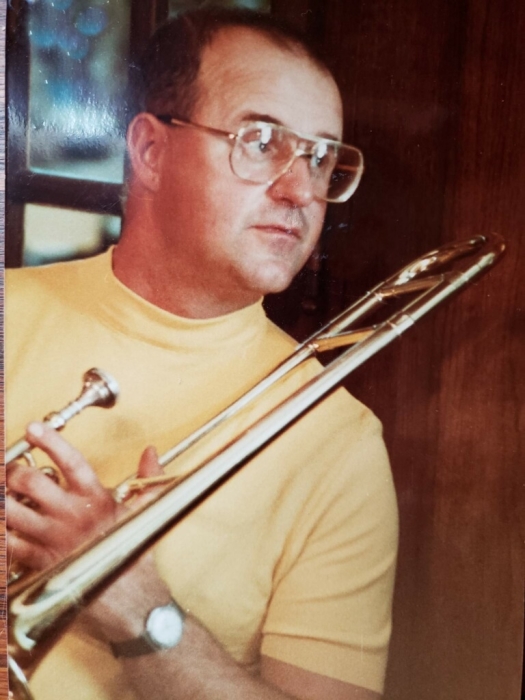 Dale Irvin Holtz passed away peacefully on April 26, 2019 at the Mayo Hospital in Mankato, MN.

Dale was born at home on their family farm to Irvin and Irene (Thompson) Holtz on January 5th, 1940 in Raymond, Minnesota.  He was born on Irvin’s birthday and they thoroughly enjoyed celebrating birthdays together.

He graduated from Raymond High School in 1958.  Dale was very active serving as Class President and lettering in Baseball and Basketball.

In the fall of 1958 Dale began attending college at Augustana University in Sioux Falls, South Dakota and joined the US Army Reserve.   In 1962 he graduated with a Bachelor of Science in Education and continued on as a reservist for 20 years achieving the rank of Master Sergeant.

In 1961 he married his first wife Jeannette DeVelde from Sioux Falls. They had 2 daughters together, Deanna & Sonya.

After his graduation he started his teaching career in Minnesota. He taught History and German at schools in Minneapolis and Minneota.  He enjoyed coaching baseball and basketball at West Junior High in Minneapolis, leading the team to win the city basketball championship.

In 1976 Dale decided to open his own business Holtz Destruction providing gravel pit and land clearing services.  He thoroughly enjoyed this work and then in 1983 he joined his dear friend Jon Pederson at Ruffridge-Johnson Equipment Company until his retirement in 2005.

In 1984 he married Andy (Andra Jane), who was his biggest supporter and provided loving care for him as he fell ill in his later years.  Dale’s primary passion in life was playing music. He was an accomplished Trombone, Tuba, and Trumpet player.  He played with many polka bands throughout the years primarily in New Ulm, MN.  He was most well known for playing with the Gizmos Old Time Band for many years and played in Austria with several other professional musicians. Dale made a memorable impression at every performance and Andy was always by his side.

The love of music brought Dale to New Ulm, MN. There he enjoyed many friendships with musicians. In 2003 he was inspired to write a book about the history of the unique Polka Band music scene in New Ulm, MN. He teamed up with his cousin Kathy Lorence and they traveled to interview musicians for the book. He developed many friendships along the way and in 2004 he published Enemies of Sleep, New Ulm Musicans following in 2006 with More Enemies of Sleep, New Ulm Musicians. He was also proud to serve on the board for the Minnesota Music Hall of Fame.

A celebration of life memorial service will be at 2pm, with visitation starting at 1pm May 3rd at Peterson Brothers Funeral Home.

In lieu of flowers please donate to the Alzheimer’s Association.

To order memorial trees or send flowers to the family in memory of Dale Holtz, please visit our flower store.