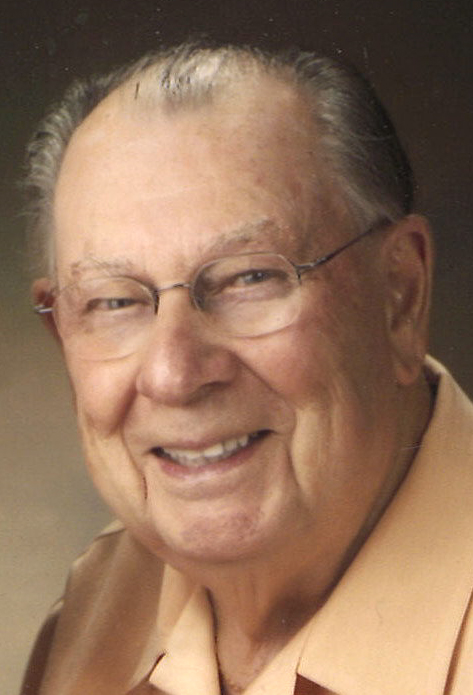 Curtis Louis Jensen, age 92, of Willmar, passed away on Saturday, September 26, after a brief illness.

Curt was born September 13, 1928 in St. Paul, MN, the only son of Carl and Dora Jensen. He grew up in Belgrade, MN and attended Belgrade School.  Curt made his profession of faith at Willmar Christian Reformed Church.  He served his country honorably in the U.S. Army during the Korean War, and was stationed in Mannheim, Germany.

On July 1, 1961, Curt married Shirley Marcus, of Prinsburg, at the First Christian Reformed Church in Prinsburg. They enjoyed more than 59 years of marriage, one of the great joys of Curt’s life.  Curt had a long career in sales throughout the Willmar area, with successful tenures at Standard Oil, Dean-Jones Supply, Broman’s, and Orscheln’s.  Curt worked at Willmar Public Schools for 10 years, retiring in 1995.  In his retirement, Curt enjoyed traveling with his family, including trips to northern Minnesota, Florida, Washington, D.C., Nashville, San Francisco, and Hawaii, among other places.  He loved his family and their lake home on Lake Florida, as well as hunting, camping, and boating.  Curt could always be found enjoying his home or garage workshop, finding solutions to any car or house problem, and was a lover of all kinds of music.

Curt is survived by his wife, Shirley, two sons, Jeff (Jane) Jensen of Willmar and Dan (Julianne Amendola) Jensen of Phelps Island-Lake Minnetonka, a daughter, Sandi (Dave) VandenEinde of Independence, and two grandchildren, Abbie and Emma VandenEinde, as well as one brother-in-law, Carl (Shirley) Marcus of Prinsburg, and many other relatives.

He was preceded in death by his parents, one brother-in-law, Dale Marcus, and two sisters-in-law, Audrey Marcus and Rachel Moore.

To order memorial trees or send flowers to the family in memory of Curtis Jensen, please visit our flower store.