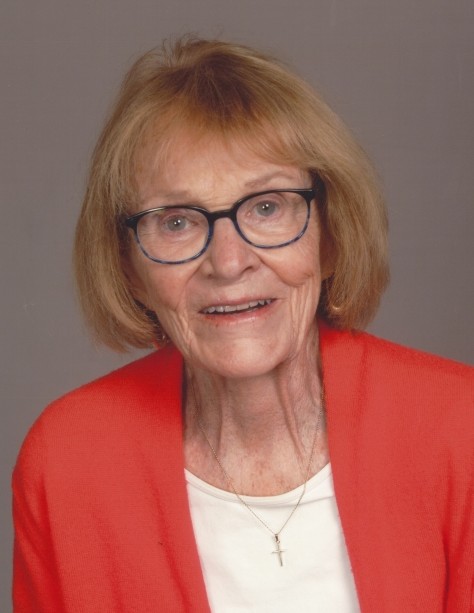 Carol Suzanne “Suzie” Thomson Torgerson died peacefully in her home on the shores of Green Lake in Spicer.  Her greatest joy and influence in her life were her children and their families.

A Celebration of Life service is planned for Saturday, August 17,2019 at 11:00 AM at Vinje Lutheran Church in Willmar.  A party to celebrate Suzie’s relocation to her Eternal Home will follow the service at Ruff’s Bar and Grill in Willmar.  Visitation will be Friday, August 16 from 5:00 PM to 7:00 PM at Peterson Brothers Funeral Home in Willmar and will continue one hour prior to the service at the church on Saturday.  Memorials are preferred to Vinje Lutheran Church, Safe Avenues and Carris Health Hospice.

Suzie was born on October 10, 1933, in Minneapolis, the daughter of Dwight and Kay Thomson.  She graduated from Washburn High School in 1951.  Her classmates described her as fun, spirited and kind to everyone, and noted “she was captain of the cheerleading squad”.  These attributes were weaved throughout her life.

She attended the University of Minnesota following high school while working as a dental assistant.  She met Thomas Bruce Torgerson at the University and they married following his graduation from college in 1954.  They lived in Lawton, Oklahoma, while Tom fulfilled his military commitment and moved to Willmar in 1958, where they raised their family and were active members and business owners in the community.  Through the years, they had homes in Tucson, Arizona and Mexico.  Suzie had a home in Charleston, South Carolina on Isle of Palm where she would enjoy spending time with her brother Dick.  She loved adventure and travel, traveling around the world.  She loved to entertain in her home and to plan galas and other fundraising events in Willmar and Tucson.  She found faith in the earth’s remarkable beauty, enjoying the simple things like feeding the birds that congregated at her home, tending to her flowers, and watching the spectacular sunsets from her deck, always accompanied by one of her beloved standard poodles.  She loved life and had a brightness of spirit.

Suzie was active in each family business venture including R.E. Torgerson Clothing Company, Torgerson’s Arabian Horse Farm, Citizens National Bank and later in Torgerson’s Properties and Hospitality, never hesitating to pitch in as needed.  She had a distinctive flair for fashion and style which became the inspiration for C Suzanne’s Clothing Store in downtown Willmar, a women’s specialty boutique dedicated to sophisticated and casual clothing and jewelry from modern designers.  C Suzanne had exclusive permission to have an Estee Lauder counter which was not heard of in a small store in a rural community and she was proud of this.

Suzie was an active member at Vinje Lutheran Church and involved in many community charities.  She was philanthropically inclined.  She was humbled to receive the Safe Avenues “Hope for Tomorrow” award in 2012 in recognition for her passion and commitment to build communities intolerant of domestic and sexual violence and to promote a safe and healthy environment for children.  She also was recognized by the Rice Health Foundation for her contribution to the redevelopment of Rice Care Center.  If you visit Rice Care Center you will see “Suzie’s Salon” recognizing her for her contribution.  The Willmar Lakes Area Chamber of Commerce recognized Suzie in 2014 for her contribution to help update the chamber offices.

She always found time to help people.  Suzie’s boundless generosity was evident to everyone who encountered her.  For all those who knew her, she was synonymous with compassion, warmth and love. She had a joyful ringing through life with a “bells on attitude”, she would find a way to feel gratitude even in life’s darkest offerings.  She carried red glass hearts in her pocket and purse and would hand them out randomly to people she would meet.  Her motto was “love, pass it on”.  Many people received one of Suzie’s red hearts.

She will be remembered by her family for her zest for life and the love and hugs she had for everyone.  She is survived by her four children and their spouses: Lynn and Tom Johnson of Spicer, Tom and Mari Torgerson of Fort Myers, Florida, Dave and Sara Torgerson of Plymouth and Dan and Heather Torgerson of Shorewood; twelve grandchildren and spouses: Chris Johnson of Washington D.C., Bob and Ann Johnson of Wilmington, N.C., Mike and Rose Johnson of Maplewood, Jackie (Johnson) and Colby Adamek of Bozeman, MT, Sarah Torgerson of Miramar, Florida, Laura Torgerson of Fort Myers, Ashlee Beam of Spicer, Davis and Kimmie Torgerson of Los Angeles, CA, Grace and Marit Torgerson of Plymouth, Breanna and Bryce Torgerson of Shorewood; and two great-grandchildren: George Johnson and Margot Johnson.  Also surviving are her dear sister: Barb and husband Bob Nevin of Hopkins; and several nieces and nephews.  Suzie was preceded in death by her parents; brother, Richard Thomson; and ex-husband, Thomas Torgerson.

The family would like to extend a heartfelt thank you to Suzie’s Care Team for their exceptional loving care and support provided over the last few years: Janne Gossman, Doris Langston Annie Larson, Claudia Miller, Lisa Nelson, and Karen Nelson.  A special thank you to Rita Keenen for her role on the care team promoting comfort and relief from the troubling anxiety that accompanies Alzheimer’s Disease.   Thank you to the Carris Health Hospice nurses, social workers and aides.  Thank you to Marty and Shelly Holmquist for sharing their standard poodle Lucy with mom.

Your browser does not support this video format. You should be able to view it in Chrome, Safari or Internet Explorer.

Click to download / open
To order memorial trees or send flowers to the family in memory of C. Suzanne Torgerson, please visit our flower store.